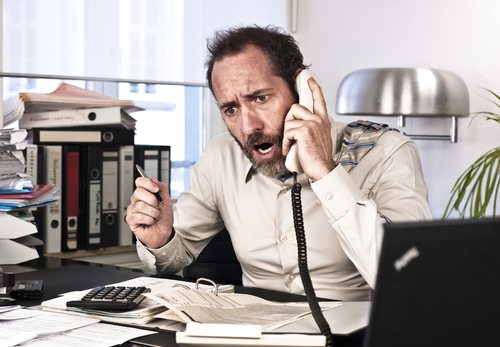 One of the most common questions asked by directors and managers is “why is salesperson x under performing?” closely followed by “and what can I do about it?”

The most common reason for sales under performance is a basic lack of motivation. As a manager or director, how often have you hired a salesperson based on their CV and their performance at the interview, only to find out very quickly the person who is now on your payroll seems like a different person entirely? The person who said “long hours don’t worry me, I’m not afraid of hard work” but is never in the office before 8.59am and leaves at 5pm, so much so that you can set your clocks by them?

The person who said “cold calling?  I love it!  You give me the phone, I’ll close the deal”, yet now seems to hide under their desk or never be around whenever you mention doing some pro-active calling? This doesn’t only apply to new sales staff.  How about the existing sales team that have been in place for a while?  If they’re starting to feel like their job is monotonous, or that there’s nothing new or fresh in the role, then the likelihood is they’ll be demotivated and probably just going through the motions.  This will be even more the case if they’ve been passed over for promotion, missed out on commission or a pay rise, or they feel let down in some way.

Sometimes, underperformance can relate to their lack of desire. What I mean by this is the want or the will to do something, or to make something happen.  Most salespeople can perform well when things are going well for them.  The test is, when things aren’t going so well, how do they react?   If they’re cold calling and someone puts the phone down on them, what do they do next?  Pick up the phone and keep going?  Or hurl abuse at the phone, or stomp around the office, telling everyone within a 10 metre radius how rude the person was and go off for a cigarette or a coffee?

Often missed by sales managers, a change in personal or work circumstances can lead to a salesperson underperforming.  From the personal side, perhaps a new baby that leads to sleepless nights?  A stressful house move?  A new marriage where the new wife/husband expects the salesperson to spend less time concentrating on work? Now whilst I agree that on the whole we shouldn’t bring personal stuff into work, but we’d be naive to expect that it wouldn’t affect someone, at least on some level.

From the work point of view, perhaps sales targets being increased?  Or how about the commission structure changing?  Or that the salesperson feels undervalued or unimportant?  The work examples we have some control over, but it often amazes me how often a commission structure or target change is brought in by management, without any thought as to how it will affect the sales team.

Many salespeople also suffer from a lack of belief – in themselves, their company, the market, the industry, their role and so on. Constantly facing rejection, the salesperson now starts to believe the things said to them by prospects.  Having been told “that’s too expensive” enough times, the salesperson now starts negotiating with their boss on lowering the price for their customers.

In another scenario, having been told enough time that their product “isn’t as good as company x’s product”, they now start to believe that’s the case and give up almost as soon as they hear that company x is also pitching for the work. This is also one of the biggest reasons for salespeople leaving a company, in that they think that if they go to a different company, it will be easier to sell their products – often to find out too late that that’s not the case.

If you want to keep your salespeople motivated, you must engage them and get them to buy-in to any changes.  If you can get them to see the positives in any changes, you’ll find they embrace them and go out and sell more because of it.

You must make them feel valued by making sure you see or speak to each member of the team on a regular basis, one to one.  Ask them how they are getting on, and don’t just be fobbed off with their first answer, look at their pipeline; ask how you can help them convert more business and how the business can best support them.

You must stay positive. Whilst I agree salespeople should take responsibility for their own motivation, the team will take the lead from the sales manager or business owner.  If you can’t stay positive about your company and what it offers, how on earth can you expect your salespeople to do so?

And finally, you must reward effort as well as results. Sometimes, when the salesperson has put in lots of effort but not reached the result you both wanted, you may choose to reward their effort.  After all the last thing you want is for them to feel like when they put in that amount of effort, they don’t get any reward.  If they’ve been working late/early, or done something special that for some reason didn’t get the business, consider rewarding them in some way to encourage that behaviour in the future.

Follow the tips above and watch your sales (and that of your team) soar.  I look forward to hearing about your sales successes!