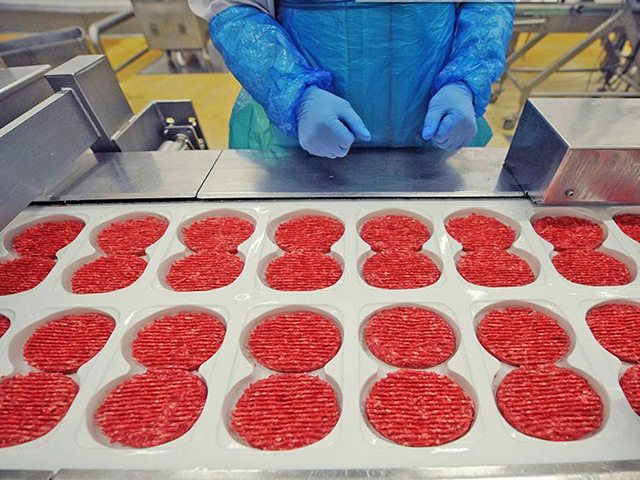 Anyone for spaghetti bolog-neighs? While the horse meat scandal has been a god-send for wannabe comedians on the social networks, it has prompted a wave of criticism of retailers and major food brands.

What began as an isolated problem with one supplier has now become a political and economic problem as retailers and ministers alike struggle to deal with the crisis.

Big name supermarkets and leading frozen meal supplier Findus have all found themselves at the eye of the storm, after being found selling horse meat despite assuring that they have stringent checks in place to test the quality of their food products. The saga has highlighted the difficulties in monitoring and securing a reliable supply chain, even for the biggest brands.

Nasty surprises in the supply chain are nothing new, as we saw when Apple, Dell and HP came in for a barrage of negative publicity when poor working conditions were uncovered at one of their Chinese suppliers, Foxconn.

One of the harsh realities of dealing with global supply chains is that it can be incredibly difficult to keep tabs on every single sub-contractor. In the case of Tesco, it had a number of controls in place to ensure the quality of its meat products, including regular audits and approved sub-contractor lists that are all British Retail Consortium accredited.

In fact, Tesco told the environment, food and rural affairs select committee that it carries out over 20,000 tests a year for quality and adherence to strict specifications.

It had visited the supplier that produced the burgers found to contain horse meat three times in 2012 to audit its practices, yet it still slipped through the net. Investigations suggest the supplier in question had been buying in meat from an unapproved Polish supplier for as long as a year, and Tesco had no knowledge of this link in the chain.

Any supply chain relies on a certain amount of trust between the parties involved and the supplier in this case has now lost lucrative contracts with a number of supermarkets.

But that’s by no means signals the end of the problem. The authorities are now considering whether there has been some kind of international conspiracy to substitute beef for the more cheaply produced horsemeat.

At the moment, investigations are focussed on protecting public health and addressing understandable consumer concerns. But how long before we hear of procurement fraud? In legal terms, this could take a range of forms. Product substitution to the supplier is one possibility, as it is unlikely the buyer requested ‘horse meat’ in its product specification. Then there is the issue of product substitution to the consumer; would consumers have bought the product if they were aware of the substitution? Then there is the spectre of possible bribery and corruption. Who was aware of the product substitution? If so did money change hands to those complicit in the actions?

The lesson that many big brands have learnt the hard way is that if someone is determined to do something illegal, if they are good at covering their tracks, it can be difficult to uncover. For us as consumers, that is a scary thought. What else are we eating, buying and using daily that isn’t quite what it seems?

Increasingly, consumers are demanding cheaper products, which means supply chains have become longer and more complex – which obviously presents hidden dangers. Any organisation with multiple suppliers should ask itself: Do I have clear visibility of my supply chain? Do I know how long my supply chain is? And do I really know who my suppliers are, or has the work been subcontracted so far down the supply chain that it’s just too much trouble to delve deeper?

It is true that the longer the supply chain, the harder it is to monitor and carry out compliance checks. But what this scandal has shown is that this scrutiny is crucial; not only to protect reputation, but more importantly, to protect others.

One answer is to keep the supply chain as simple as possible; Morrisons has been largely safe from the horse meat scandal because it sources the bulk of its own-label meat in the UK and processes it at its own network of abattoirs.

There are also assurance schemes to boost buyer and consumer confidence – the NFU-backed Red Tractor assurance label, for instance, guarantees meat has been tracked through the entire production process from the farm to packing and labelling.

Some retailers are upping the ante on their testing regimes, but that is unlikely to be sustainable as the cost can run into the millions and this cost will eventually have to be passed on to the consumer.

Intense scrutiny of supply chains by retailers is the only way to avoid unwanted surprises. Scandals such as the horse meat saga dent shoppers’ trust, and at a time when trust in big business is at an all time low, it’s crucial that retailers do everything possible to restore that faith.

And as consumers, perhaps it’s time to reconsider what we expect in return for our money. We may want to enjoy cheap food, but it’s becoming increasingly clear that it could come at a different price altogether.

Hugh Hitchcock is a director at DJM Solicitors, a commercial law firm providing legal services to clients across the UK and Los Angeles, Hong Kong and Japan. His career spans 23 years spent in media and corporate law, and he specialises in dispute resolution. He previously spent six years at a leading media firm that acted for Elton John and The Beatles' record label Apple.
View all posts

Hugh Hitchcock is a director at DJM Solicitors, a commercial law firm providing legal services to clients across the UK and Los Angeles, Hong Kong and Japan. His career spans 23 years spent in media and corporate law, and he specialises in dispute resolution. He previously spent six years at a leading media firm that acted for Elton John and The Beatles' record label Apple.