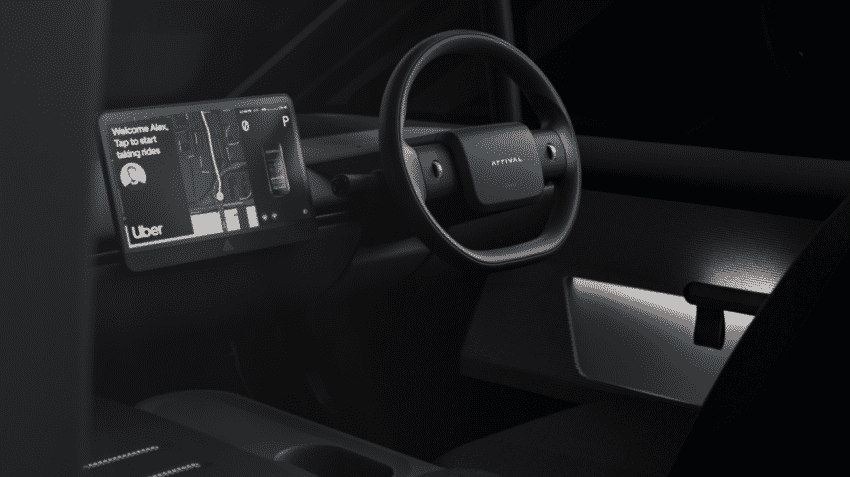 Arrival, the British-based electric vehicle start-up, is to develop an electric taxi with Uber.

The partnership will involve Uber drivers helping to design the Arrival Car, which will go into production next year.

The move is part of Uber’s plan to ensure that all its 45,000 drivers in London use electric vehicles by 2025, with its drivers in the rest of the UK following suit in 2030.

The plan for a fully electric car meets a commitment made by Arrival at the time of its £9.5 billion listing on Nasdaq in March to develop a “small vehicle” alongside its vans and buses.

Arrival was set up six years ago to produce purpose-built, simple, cheap electric vehicles for large-scale use. Its valuation at its listing, by merging with a “blank-cheque” or special purpose acquisition company, set a new record for a UK-based business.

Arrival has a research and development facility in Banbury, Oxfordshire, where it manufactures prototypes, and is based in west London. It employs 1,900 people in Britain, Europe, Israel and the United States.

The company has been quick to team up with operators to meet specific needs. Its bus is to be tested with FirstGroup and is expected to hit the roads early next year. An electric van developed with United Parcel Service, which has a £340 million order for 10,000 vans, will follow six months later.

The key principles behind the Arrival Car are that the battery should last all day on a single charge and that the car should be durable and no more expensive than a Toyota Prius, which accounts for two fifths of ride-hailing cabs in Britain.

Tom Elvidge, senior vice-president of Arrival Mobility UK, said: “A principle for all of Arrival’s vehicles is that there should not be a premium for the decision to go electric.”

Arrival expects to be accredited for Uber’s London clean air plan, which in two years has raised £135 million in ride surcharges to help drivers with the cost of switching to a fully electric vehicle. Elvidge said the deal was not exclusive and the plan was to roll out the vehicle for drivers of all ride-hailing taxi apps.