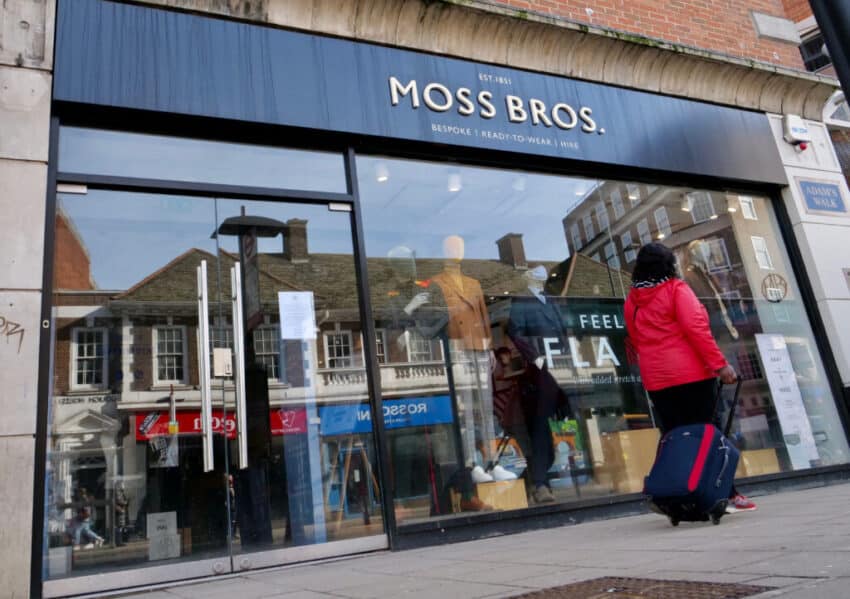 The suit and tuxedo retailer Moss Bros has started a monthly subscription service for renting outfits.

In an industry first aimed at so-called generation rent, its £65-a-month service lets users take two items at a time and swap them for others as many times as they like. Customers can select from about 180 products including shirts, jeans, shorts, jumpers, suits and jackets from brands including French Connection, Barberis and Ted Baker.

If the customer would like to keep an item, they can buy it at a discount of up to 50 per cent off the retail price.

The company said that users would not be penalised for returning items that showed normal wear and tear.

The service, launched in partnership with CaaStle, a US technology platform, comes after sales suffered from a dearth of events requiring formal dress during the pandemic. At the end of last year Moss Bros was taken private and pushed through a company voluntary arrangement, which is typically used by businesses to cut property rental costs.

Brian Brick, chief executive, said the idea for the service was driven by the rising popularity of the rental market. He said: “I had the idea about four years ago because I felt we were seeing generation rent: Airbnb, Zipcar, Rent The Runway. There was a generation coming through that didn’t want to gather and collect things.”

GlobalData estimates the clothing rental market will be worth £2.3 billion by 2029. Rent the Runway, an American website launched in 2009, has been credited with popularising clothes-sharing over the past decade. The top users on By Rotation, a British peer-to-peer clothes lending platform, earn about £600 a month lending out their items for a fee, with many able to pay off the original cost of their purchase.

Britons dispose of an estimated £140 million worth of clothing each year.

Though the Moss Bros service is the first of its kind for men in Britain, bosses expect department stores to follow suit. Stores have struggled during the pandemic, with Debenhams about to close its remaining outlets across the country this month and exist online only under Boohoo, the web retailer that bought the brand this year. House of Fraser continues to close or repurpose stores as part of a programme announced before the pandemic and John Lewis has permanently closed 17 of 51 stores.

Brick said: “It’s absolutely ideal for department stores to do subscriptions. I think you’d be amazed over the next sort of 18 to 24 months how many people will do it and it’ll catch on.”

Moss Bros’s expansion into the casual wear market is led by a prediction that employees returning to working in the office will adopt a relaxed dress code. Brick said: “I think there will be less people wearing suits for business.”

As with most trends, men are slower on the uptake. Wear your trousers a fashionable inch or two above your shoes and friends will ask if they’ve shrunk in the wash.

But interest in eco fashion may push men into renting clothes too, with a couple of caveats. One, we don’t get that excited about wearing something new to a wedding. Two, I’m not convinced we’re quite as comfortable with the sanitary habits of our gender. Will the once-white pocket linings resemble papyrus paper in the British Museum? How fresh is that wine gum?

For a morning suit or black tie I’m happy with Moss Bros, knowing that the last occupant will have worn them for a night or two. But jeans, chinos or shorts? That sounds more stainable than sustainable to me.