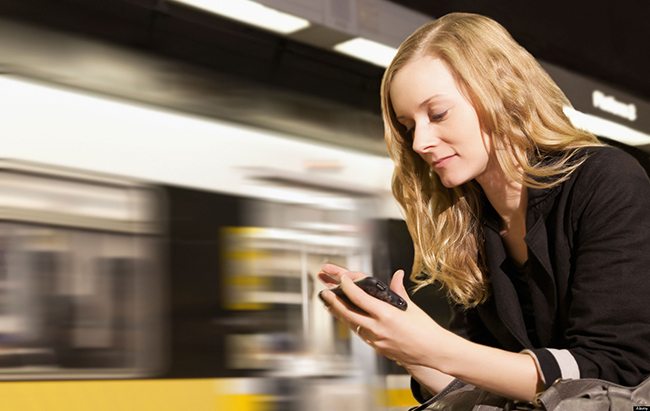 Revolutions, once they are under way, are difficult to stop. But people will insist on trying.

The rioters were protesting against technological progress. What worked them into their frenzy of pitchfork-waving rage was the growing use of threshing machines, which they saw as a threat to their livelihoods.

The Swing rioters caused plenty of trouble, and nine of them were hanged. But they failed to hold back the technology. Too many people had found it too useful.

If you restrict your employees’ access to social networking sites they probably won’t string you up – nobody is that obsessive about Facebook, at least not yet – but you could be falling into the same trap as others who have resisted innovations they would have done better to embrace.

It’s undeniable that social networks can represent a threat to your productivity. But an outright ban on networking in office hours is the crudest imaginable response, and one that will probably do you more harm than good in the long run.

People are only going to become more reliant on social networking sites for managing their social and professional lives. So as social networking becomes increasingly mainstream, you will be seen – fairly or not – to be restricting your employees’ freedoms if you completely ban them from their networks in office hours. Competitors with liberal networking policies will become more attractive to potential recruits and enjoy higher staff morale.

That’s not to say that offering unrestricted access is the only way forward, because some employees will always abuse that kind of freedom. But there are endless compromise solutions that will not alienate staff or deter job applicants – and which may well prove beneficial to your business.

For a start, you can restrict access to social networking sites without blocking them altogether. It’s not at all difficult to set up your network to allow access to certain websites at some times of day and not others. So your employees might be able to access their Facebook accounts before 9am, after 5pm and for an hour during 1-2pm: only the most bolshie of workers is going to think that is unfair.

If you feel you must place an outright ban on your employees using social networks in office hours, make sure you don’t throw the baby out with the bathwater and forget about social networking altogether.  An increasing amount of business is transacted on via business-oriented social networks like LinkedIn.com and Konnects.com. LinkedIn allows members to post ads that are only available to other LinkedIn members with whom the advertiser is connected through other contacts – another great source of targeted advertising.

Used in this way, social networks build trust and put qualified customers in touch with qualified sellers in a secure environment. Having key sales staff active on Facebook or LinkedIn can boost your business. Rather than write off social networking sites as the playthings of slackers, explore what they can do for you.

Along with Mike Pywell of Businessclub365.com, I recently wrote ‘Working for Yourself’, published by Which? In the book we make a big deal about the opportunities that social networking offers small businesses.

Much of this grew out of Mike’s own enthusiasm for the subject. ‘I think social networking has a huge part to play in the future of business,’ he says, ‘through services like Facebook, and LinkedIn  plus a variety of business forums, my key staff and I build close relationships with individuals and businesses all over the world. The kind of relationships that a social network allows you to build with other people, even though you may be thousands of miles apart, is fantastic.’

Mike’s experience of social networking has led to him to be forward-looking in his own staff policies, within limits:  ‘There are real opportunities to turn it on its head. Most of our customers use social networking sites, so our team uses them to spread the word. We include them as a promotional tool and discuss strategies at our team meetings. The most important thing to remember is that people buy people, not products: you are far more likely to take note of a referral if it comes from someone you know, whether that’s in the virtual or the real world.

‘We make it clear to staff that they shouldn’t overdo it, and we have our network set up so we can monitor activity. But even if no business gets done, being able to take just five minutes out to interact with their mates makes a big difference to their morale.’

My own experience is similar. My business website, www.billhilton.biz, gets around 500 visits per day. Roughly fifteen percent of these are direct clicks from my profiles on social networks. Social networking is also a great way of making sure that friendships and business relationships don’t gradually die. Over six months, I’ve won eight contracts from old friends and contacts that I’ve reacquainted myself with through Facebook, and dramatically increased my network of contacts.

There’s nothing unhealthy about businesses being wary of social networking. It shows an awareness of the need to maintain employee productivity. But hostility to the technology and outright bans on its use in office hours are not sustainable responses. Used carefully, social networks can be used to promote your business, make new contacts and keep your staff happy.

Like the irate yokels of the Swing Riots, you’re never going to beat a technology that’s so many people find so useful. Rather than trying to fight the revolution, now is the time to be joining it.