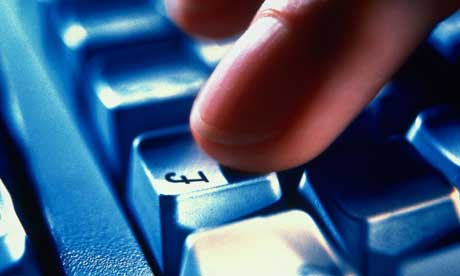 Now I know this particular speaker pretty well, and I know that he’s good value for money, but what was most interesting was one of the responses to his post. The person who commented wrote ‘You can’t be too expensive. And you’re value for money. They must have cash flow issues!’

Now whilst I would agree the speaker concerned IS most certainly value for money, there are 4 quick things we can learn from the other person’s comment:

Sales Tip Number 1 – People’s Beliefs ARE Reality – To THEM

The problem I see here is that I think you CAN be too expensive. One of my favourite sayings when it comes to sales and pricing in particular is that ‘people’s beliefs ARE reality – to them’.

What I mean by that in this example is that if someone says ‘that’s too expensive’ it may be that in the moment they DO consider you too expensive – as long as it’s not a negotiation tactic to bring your price down of course.

However, unless you deal with the fact that right now, they consider you too expensive – it’s unlikely you’re going to be able to win this deal, and bring them on board as a customer. Fail to change their belief and therefore THEIR reality, and you’ll fail to pick up their business.

If someone says to you that you’re ‘too expensive’, make sure you don’t dismiss them and the sales opportunity too quickly. As an ex-sales director, I often used to hear my team come back from new business appointments with excuses like ‘they weren’t ready to buy’, ‘they didn’t have the budget‘, and ‘our price was too rich for them’.

My response was usually something like ‘Ahh, so you failed to deal with their price concern then?’

My belief is that the majority of the time, a price concern or price objection is normally the salesperson’s fault, not the prospect’s.

– It might be that…. the prospect doesn’t see enough value in your offering to think it worthwhile paying the price you asked for – YOUR FAULT for not positioning your value to them correctly!

– It might be that…. the prospect doesn’t have the budget to pay the price you want – YOUR FAULT for not finding that out, or speaking to the person who can make a NEW budget!

– It might be that…. the prospect has bought a similar product/service in the past and not paid anything like the price you want to charge them now – YOUR FAULT for not finding out their buying history and positioning correctly against it!

– It might be that…. the prospect won’t get enough value from your offering, in order to generate enough ROI to justify the purchase – YOUR FAULT for not qualifying the Sales Opportunity well enough in the first place!

Sales Tip Number 3 – Find Out – Or Set – Their Expectations

One of the biggest reasons people get price objections, is that the price they want to charge isn’t what the prospect was expecting to pay.

This often occurs when the salesperson fails to find out, manage, or on some occasions – set – the price expectations of the prospect.

In the old days, Sales Managers used to lecture their reps ‘make sure you get the customer’s budget BEFORE talking about price’.

Whilst back then that was pretty solid sales advice, these days people don’t always have budgets. They don’t always have cash available right now. But they ALWAYS have price expectations – and if you don’t find out what they are, re-set them if necessary – or even set them in some circumstances – then you’re always going to struggle with objections to your price.

How well do you and your team set prospects’ price expectations currently?

Another reason I find that salespeople come up against price objections is that often they’re sat in front of or speaking to the wrong people! People that may not have the money to be able to pay the price the salesperson wants to charge, or have the authority and ability to find extra money if necessary.

This is usually caused by a failure to qualify well enough or hard enough earlier in the process. Then often results in the salesperson spending lots of their precious time dealing with people that aren’t able to buy what they offer at the price they want to charge.

Often this leads to the salesperson becoming frustrated, having to walk away from deals, or heavily discounting just to win the business – none of which are good outcomes for the salesperson.

Follow the tips above and watch your performance and that of your sales team soar!  I look forward to hearing about your future success….