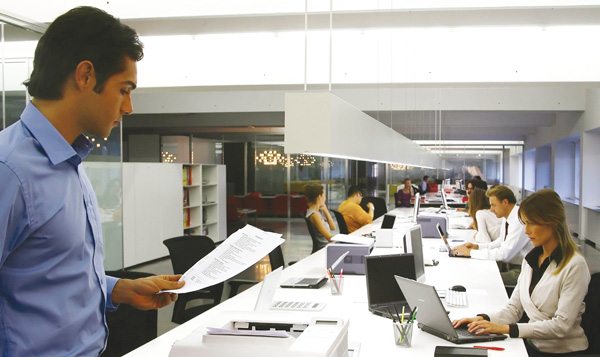 If you’re one of those people that has some spare time over the break, and want to use it to help your sales figures in 2013, here are some ideas.

A quick tip – if you don’t have these exact figures to hand, use your best guess – any figure to work from is better than nothing and you can always adjust the figures later.

Tip Number 1 – Work Out Your Numbers

First of all, in order to prepare to have a great 2013, you need to know what numbers you need to hit. This will either be a sales target figure particularly if you’ve been given a sales target by your boss, or a revenue/profitability figure if you’re a business owner for example.

You also need to work out your average order value or average profit if you’re targeted on profitability figures, and then work out how many orders you need to hit that target.

Don’t be one of those people that says: “I don’t have an average order, my orders are all different!” Simply take your revenue/profit total from last year and divide by number of orders.

The next stage is to look at what your existing customers have spent with you in 2012, and then work out what you think each account will spend in 2013.

For most people, this will involve a certain amount of educated guesswork, however it’s still an exercise worth doing as it will help you to understand how much business you think you can get from your exiting base next year.

Don’t fall into the trap of being overly optimistic or overly pessimistic – and if you really have no idea what they will spend, use their 2012 spend figure if you’re in a business that gets repeat business from their customers, rather than one-off purchases.

One you have your existing customer figure, take that from your total revenue/profit needed and move onto the next step.

The figure you’re now left with total revenue/profit, minus existing customer spend is the figure you’ll need to achieve in 2013 from new business.

You’ve already worked out your average order value, so now it’s time to work out your average new client value. In order to get this figure, find out how much each new customer in 2012 spent in total in the year.

The figure should average out – in other words you’ll have some clients that spent a lot, and some that spent little – perhaps because they only came on board towards the end of the year for example.

This will now tell you how many new clients you need in 2013 to hit your targets. Again, I’m not expecting these figures to be perfectly correct – you can always adjust them to be more correct as you go along, but at least it gives you a base to work from.

Tip Number 4 – Look At Your Activity

Now you’ve got all your overall numbers, now it’s time to break down those figures in terms of activity. You’ll know the critical numbers in your company of course, but the usual ones to look are phone call to meetings, meetings to quotes, quotes to orders etc.

These figures will then enable you work out how much activity you’ll need to do in order to hit the targets that you’ve set.

Once you’ve got these figures, you’ll notice you start to feel a little more confident about hitting your targets for 2013. Now it’s time for the next step.

Tip Number 5 – Work Out Your ‘Stretch’

The figures you’ve worked out above are based on purely hitting the targets you’ve set. The next step is to stretch you a little.

Once you’ve got all your figures together for the above tips, work out those figures again – but this time for 120% of your target, 150% and 200% for example.

This will give you the figures and the activity required to hit those 120%, 150% and 200% figures sales managers/directors normally love this part!

Then I’d pick one of the stretch targets to aim for rather than just the 100% of target. Don’t worry if it makes you feel a little uncomfortable – that’s part of the process!

Tip Number 6 – Break Them Down

Now you’ve worked out how you’re going to hit 100% or more of the targets you’ve set or you’ve been set, it now time to break those figures down.

You now want to break those yearly figures into quarterly ones, monthly ones, weekly ones and even daily ones. This will enable you to see the revenue/profitability figures you need to be aiming for – and more importantly for the salesperson – the activity you need to be doing on a daily/weekly/monthly/quarterly basis, in order to hit and exceed the targets you’ve set.

If you’ve done the above steps properly, you’ll now start to feel more confident about hitting the targets you’ve set, as breaking them down usually makes people feel like they’re more achievable.

However, depending on your activity levels in 2012, you might have given yourself a bit of a shock, in terms of how much activity you’ll need to do in 2013 to hit your new targets. However it’s better to know that now that find out half way through they year when you’ve got less chance to do anything about it!

Tip Number 7 – Work On Yourself

This is probably THE biggest tip I can give you to set yourself up for a great 2013.

It’s about keeping that motivation up consistently in 2013, and now you’ve given yourself a head-start over your competitors, making sure you stay there!