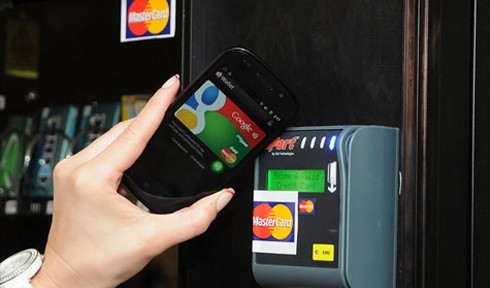 The search giant is reportedly in talks with UK companies to bring Near Field Communication (NFC) trials to the UK early this year, with a launch date well in advance of the Olympic Games in the summer.
Google has apparently already begun talking to retailers, distributors and banks about the trials. So we could see sensors springing up all over the Olympic Village, letting you pay for souvenirs, snacks, gifts and more by tapping your Android phone, or BlackBerry on a reader, just like swiping an Oyster card to get on the London underground.
The system also works in conjunction with Google Offers, which lets you save money by downloading coupons to your phone.
If true, it’ll be the first time that Google Wallet will open outside the US, where it was launched last May. It was initially for a select few, but opened for the general public in September and is has been universally well received to speed up the small – below £15 transactions – it is available for.
At the moment the closest we have in the UK is Barclaycard’s contactless credit card and Orange’s UK Wallet, both of which are thought to ramp up before the summer.
It’s nothing new for us to be kept waiting for Google’s latest and greatest. We’re still longing for Google Music and Google Movies, however The Olympics could well kickstart Google into bringing Wallet here soon.
The software has sparked security fears though as Wallet doesn’t encrypt your whole credit card number, balance and other information, potentially leaving your data open to theft.
“The amount of data that Google Wallet stores unencrypted on the device is significant,” research firm ViaForencsics said. Resetting the software also gives up key details, so it advises a complete reset of your handset if you’re going to sell it after using Wallet.
If these rumours are true then this new technology could really speed up the thru-put for the smaller retailer resulting in greater profitability and given the roll-out of this kind of new technology smaller retailers could benefit ahead of their larger rivals.