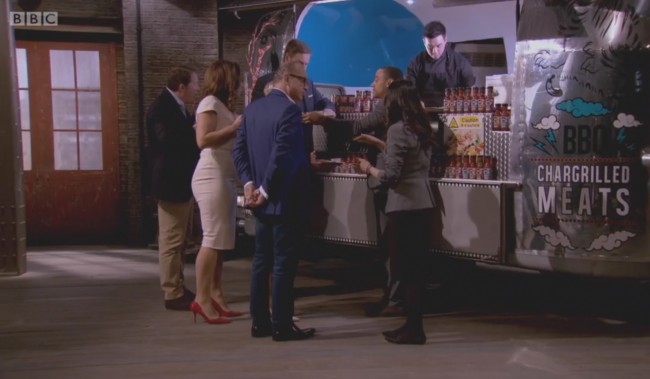 A family owned children’s shampoo business hoped for a squeaky clean business proposal, and began by asking the Dragons for a £60,000 investment for a 15 per cent stake in the business. Sarah kicked things off by raising some simple flaws with the business plan, but the entrepreneur held her ground and fought off criticism. Deborah and Touker were unimpressed by the branding of the product, and Touker deemed the business to small to invest in. Nick was confused as to why the money from a possible investor would be used to expand the shampoo internationally when the product wasn’t established in the UK. After all the confusion, Nick refused to invest in the product, along with Peter Jones. Sarah later refused to invest, leaving the entrepreneurs hopes of an investment down to Deborah, who eventually made an offer of all the money and a 40 per cent stake in the business. After a moments deliberation, the entrepreneur took Deborah up on her offer, and left the Den £60,000 richer and with the help of one of the most experienced Dragons.

A couple with a rich history in the Royal Navy took the Dragons for a spin around the Den to introduce their Tuk Tuk sightseeing business. After all the fun and games, the entrepreneurs were stuck in a hole over a few sticking points with the business’ numbers. With the help of the general manager of the business, the entrepreneurs were eventually able to clear up the figures behind the business, but the Dragons were left with a bad taste in their mouth. With a few of the Dragons ruling themselves out of an investment in the early stages of the proposal, Touker struggled to get to grips with the brands impact on social media. With a very few followers on Twitter, Touker deemed the business too small to invest in, meaning Peter as the entrepreneurs’ last hope of an investment. Having struggled to come to terms with the concept and the purpose of the service, Peter declined to invest, and the couple from Merseyside faced a long journey home in their Tuk Tuks without a Dragon in the back.

An entrepreneur who already had an empire to brag about entered the Den next, presenting the Dragons with his plug socket system that caters to the safety of older parents and grandparents. Having brought his mum into the Den to comment on the effectiveness of the product, Deborah soon began to scratch beneath the sentimental aspect of the pitch and looked into the entrepreneurs history. Having grew a technology business before and sold it for over $400million, the Dragons soon found out that they were faced with a multimillionaire. After brief confusion over numbers, Nick and Deborah ruled themselves out, along with Touker and Sarah who thought Peter would be the entrepreneurs best chance of an investment. Peter once again passed up the opportunity to land an investment as he lacked faith in the product, meaning that the entrepreneur and his 3rings safety product left the Den without the support of a Dragon.

With Peter’s success with Levi Roots being one of the most successful Dragon stories, a couple that met in South Korea were hopeful to strike a deal in the Den with their range of cooking sauces. The couple behind YogiYo were looking for £50,000 in exchange for a 20 per cent stake in their business. With the two entrepreneurs’ interested in partnering with Sarah and Peter the most, it was Deborah who began the questioning, and unearthed a big issues early on. With the website YogiYo.com belonging to another company, the entrepreneurs suffered a real hit to their brand and an early setback in their hopes of a deal with the Dragons. With ambitions to spend the £50,000 to start introducing the sauces into supermarkets, the couple were winning over the Dragons, particularly Sarah, who wanted to introduce the sauces alongside a chain of Korean themed restaurants. Sarah backed her interest up with an offer of all of the money but a 25 per cent stake in the business, and Peter, who had some worries over the competition in the condiments market, made an offer to rival Sarah. After some thoughtful negotiations, the two entrepreneurs’ sided with Peter and his experience and knowhow in the sauce industry, and the two couple left the Den with high hopes to spice up supermarkets with their flavoursome sauces.