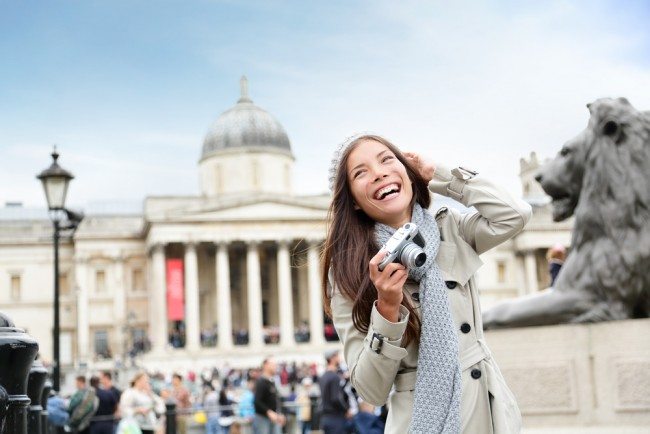 According to The Telegraph, spending by Chinese tourists in the UK increased by 45 per cent in July compared to the same period last year after visa rules were relaxed at the start of the month.

People from China spent £50m on Visa cards in the UK during July, overtaking French and Australian visitors to become the second highest spending tourists to the UK, according to figures from the credit card giant.

Only Americans spend more while travelling in the UK than the Chinese, splashing £140m on Visa cards last month, up 16 per cent on the year earlier.

However, this rapid spending growth was not enough to breathe life into the high street, with footfall declining 2.2 per cent in the three months to the end of July compared to last year.

Total visitor numbers to shops fell 1.1 per cent, as trips to out-of-town retail parks increased, according to the British Retail Consortium, which ascribed the high-street fall to the long-term structural shift towards online commerce.

Rising disposable incomes among China’s growing middle class have boosted the number of Chinese people travelling internationally, with China becoming the largest supplier of outbound tourists in the world in 2013, the most recent year with available data from the World Bank.

Around 98m people from mainland China – not including the 84.4m tourists from Hong Kong – ventured abroad in 2013, more than twice the number who travelled internationally five years earlier, World Bank figures show.

Official Chinese data show that 107m Chinese people travelled abroad last year, 19 per cent more than the year before, and Bank of America Merrill Lynch expects that to reach 174m by 2019.

Chinese tourists also pump the most money into the global economy, surpassing the US in 2013 to spend a total of $138.3bn while travelling.

In a bid to increase the appeal of these shores to the increasingly important deluge of Chinese travellers, the UK has been relaxing its visa regulations for visitors from the world’s second largest economy.

As of July 1, Chinese people can now apply for visas for the UK and Europe in the same process, streamlining the previous system that required travellers from China to fill out separate applications for visiting the UK and the Schengen area of 26 European countries.

Home secretary Theresa May said the new scheme “will create a one-stop shop for Chinese visitors to the UK and Europe, whether they are coming here for business or leisure”, adding that it is essential to ensure “Britain remains open for business”.

This is the latest in a string of measures to simplify the visa process for Chinese visas that the Government has implemented following pressure from UK plc.

Prominent business leaders believe these updates have not gone far enough. IAG boss Willie Walsh said in May that “the UK is tinkering with changes to a system that is not fit for purpose” and called for “a radical overhaul”.

Figures from the Office for National Statistics show that the number of visitors from China dropped by almost 7.6 per cent last year to 185,000, while overall tourists to the UK increased by 5.2 per cent.

The British Hospitality Association estimates that the UK loses out on £1.2bn each year as Chinese tourists choose European cities such as Paris and Milan over London due to the easier visa process.

Earlier this year, Harrods managing director Michael Ward criticised the Government for its “inability to recognise the significant contribution that Chinese visitors make to the UK economy”.

The 45 per cent increase in Chinese spending last month follows a 79 per cent growth between 2013 and 2014 and a 27 per cent rise the previous year, according to Visa data.

However, it remains unclear how China’s surprising devaluation of its currency last week, eroding the value of the yuan compared to the pound and making it more expensive for Chinese people to travel to the UK, will affect tourism and spending from the Asian powerhouse in the future.