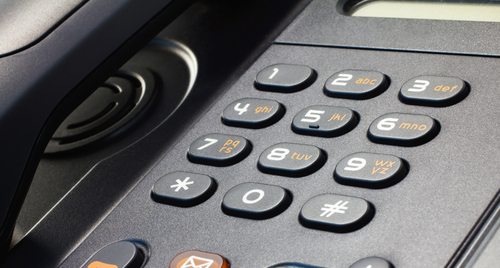 There was a time when no public body would apologise at all. Now, some of them do it all the time. Maybe it’s the litigation culture. Doctors have never been much given to saying sorry, presumably because to admit a scintilla of self-doubt would paralyse the scalpel hand while opening up the prospect of a damages claim worth at least a couple of hip replacements. But in other areas, where failure is merely inconvenient and there is an alternative source of the goods in question, saying sorry in a meaningful way while meaning absolutely nothing has become a new branch of consumer management.

So, a large part of a tree falls down on my telephone line. These autumn storms. My access to the outside world, my means of earning a living. I report a fault. I am told, charmingly, that it will take a week to repair. I point out I depend on it for my living. Ah, they exclaim feelingly, we will escalate the fault. Wow. An escalated fault.

Time passes. Some mornings I call, on my mobile, to find out how escalated my escalated fault has become. The call centre is in Bangalore perhaps, somewhere anyway where infinitely sympathetic people feel my pain and take my details and promise to ring me back. But they never do.

After some days of this I press harder. This takes me to what may be page two of the instruction manual. Sweetly, apologetically, they explain: it is a common fault. A common fault? It happens often? It happens to more than one person? It happens to people who haven’t been to Eton? To say something is a common fault is plainly, to the call centre, the definitive answer. But I don’t know what it means. And, sadly, politely, regretfully, nor do they.

I explain that I am pretty sure I know what the fault is. It is that two dozen metres of phone line is strewn over the verge because a part of a tree has fallen down on it. Whether or not it is common is really neither here nor there, it just needs joining together and then sticking up again, doesn’t it?

But in Bangalore this is not relevant. Nor is it in, I think Swansea or possibly Neath, where I discover a new switchboard for grumpy customers. Here they say sorry in much the same terms as in Bangalore, but with a slightly different accent. This is the so-called chairman’s office, cunningly designated for a more soothing class of apology.

I get to the chairman’s office on the evening of day eight, the day when the repair was promised. Day eight is a breakthrough because I find people who now have something to get their teeth into. I am no longer a whingeing customer who cannot be pacified because (something I only now discover) BT has nothing to do with repairs any more, which are carried out by BT Openreach, which runs its own schedules and sets its own priorities. But now Openreach has breached its commitment. The line has not been repaired! And the people on the end of the line no longer just feel my pain, they ring other people to make them feel my pain too!

The next day, I am reconnected. I am also, now things are working again, given a designated complaint manager. Let’s call her Kim. Kim is very, very apologetic, but hey! The line is working, what’s not to like. Well, I suggest, a result for me would be for her to tell me that they will improve the quality of the information they give to the customer. If, just for example, someone had explained that there was a chronic staff shortage and regrettably, but unavoidably, although it was a common fault, it was only common to two households, so we would be well down the list, I’d have been unhappy but at least I’d have known what was going on. Could they not, I wondered, stop pouring buckets of warm sympathy over their customers, and actually tell us what was happening?

The answer, expressed sympathetically, though a little dubiously, was no. Because, I realised, saying sorry nowadays is an alternative to explaining what is happening and thus being required, possibly, to do something.

My line is joined together and stuck back up the pole. Of course, it’s only temporary.