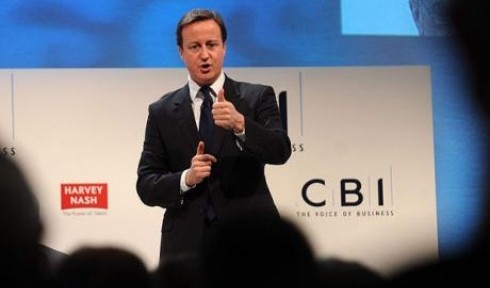 When Ed Miliband warned David Cameron against ‘repeating’ the mistakes that made the recession so harsh for this country I’d like to give him the benefit of the doubt and blame Gordon Brown for this mess.
However, that just doesn’t wash with me as he was just as responsible for the dog’s dinner the previous Government made of the economy.
And, after hearing David Cameron’s pledge to pursue recovery with a ‘forensic, relentless focus on growth’ it doesn’t immediately conjure up memories of the Balls-up that were the final few days and months of glum Gordon’s Labour administration.
Throw in the coalition’s now proven determination to stick to its word and take the hard decisions, no matter how unpopular they may be with some people, and I believe we’re in with a shout of killing off the deficit in five years as well as getting all the follow through benefits that come with getting your budget under control.
I’ve been accused of going on too much about this stuff, but I make no apology – this is the single most important thing that will happen in this country over the next decade.
Children who will not be born for 10 years will have their entire lives influenced by the decisions we take today, tomorrow and in the years to come.
Cameron, Osborne, Cable and Co are 100 percent engaged in this and after the sweeping start they have made, it’s the job of private businesses to keep them engaged with what’s going on.
They must not be allowed to become out of touch with what’s happening on the high street and in UK PLC.
That doesn’t mean only listening to the giant corporations, but also to the one man bands, the corner shops and the medium sized operations that will play a very major role in the recovery.
Like Ed Miliband says, let’s not repeat the mistakes of the past!
The private sector has to respond positively to the challenge laid down in the spending review and light a fire under the country to get businesses and people working.
This has to happen to absorb the mass of civil servant redundancies, but also continue the momentum to reduce the unemployment figures across the board.
I do hope delegates at the CBI conference weren’t too interested in Ed’s blame game and bought into the coalition’s vision because they will instrumental in putting the country back on track.