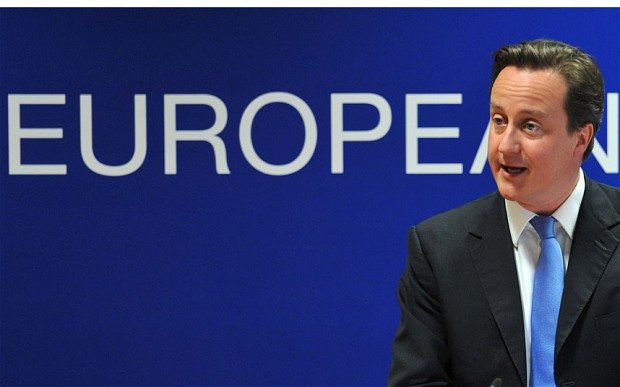 What I did witness, however, at Bloomberg’s offices at 8am was an honest assessment of the current state of the EU as being in crisis and its need to change if it is to survive.

I, along with some of the country’s leading business people and top political journalists, also saw David Cameron emphatically stating his desire to grab history, and his political career, by the scruff of the neck.

He made the pledge to renegotiate our national status for the better within the European Union, and then put that negotiation to the test by holding a referendum on the outcome of the new settlement, in the first years of a new Conservative government.

It’s a bold and decisive move, and as the PM says, if we decide as a nation to leave the EU ‘it will be a one-way ticket, not a return’.

Brave stuff indeed, from a man who in answering questions after delivering his speech, said he was confident he would come out the winner in negotiations on the future form of the EU, and by this he meant significantly improving the UK’s position within Europe.

Putting my business hat on I completely agree with David Cameron that the Euro crisis has created a ‘now or never’ situation.

The choice is that we lie down and continue to be dictated to by Brussels, accept all their pointless, costly, and infuriating red tape, or we take advantage of events and cut a more sensible deal that will allow us to trade within Europe, without being weighed down by its bureaucracy.

And that’s why a plumber was interested in what Mr Cameron had to say and why business owners across the country should give him the opportunity to make it easier to do business. With health and safety, working time and loads of restrictive red tape set by Europe, we have to take an interest and support a proposal that can improve the outlook for the economy.

Get it right and post 2015 there are more jobs and growth for the economy at stake, and a prosperous future for the UK within a reformed, sensible, European trading block, not an unwieldy political pseudo-state.

And you know what? They might not like what they’ve just heard, but in years to come the Germans and the French might just end up thanking us for taking the stand that saved their project from complete meltdown!

David Cameron has, as the Latin phrase says, ‘carpe diem’ and, I hope when the time comes the country seizes the day, to vote so the Prime Minister has the opportunity to drive a better deal for us all. 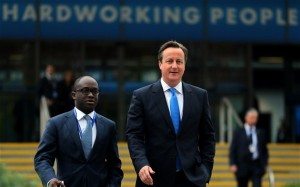