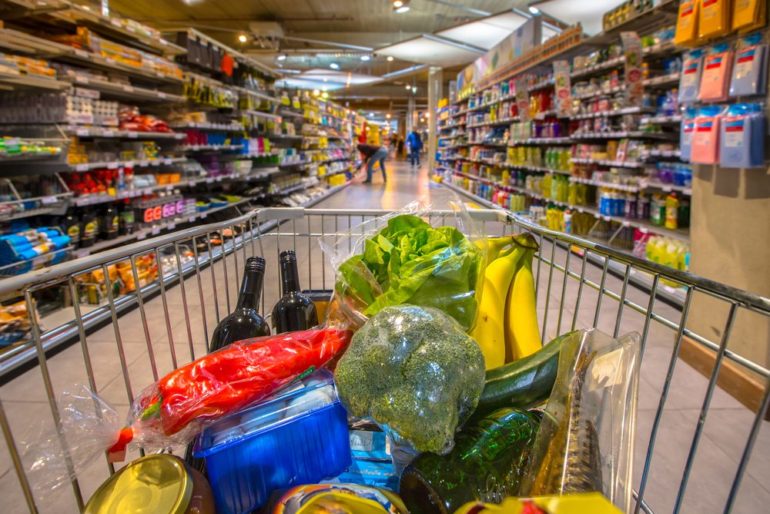 Britain’s consumers are taking a more cautious approach to shopping as higher inflation above the level of earnings eats into their spending power, reports The Guardian.

Only higher spending on food in supermarkets kept retail sales growing last month, with declines in all other main sectors, according to figures published on Thursday by the Office for National Statistics.

Growth in retail sales volumes was static at 0.3 per cent in July after the ONS revised the figure for June down to the same level, although the result still beat analysts’ expectations for a rise of 0.2 per cent.

Some economists blamed wet weather in July for weaker sales by fashion retailers, after sunnier conditions in June brought shoppers out in force.

Strong food sales in stores at 1.5 per cent, up from 1.1 per cent a month earlier, helped offset a decline elsewhere, said Ole Black, an ONS senior statistician.

“While the overall growth is the same as in June, trends in growth in different sectors are proving quite volatile,” he said.

The annual rate of sales volume growth was 1.3 per cent in July, down from 2.8 per cent in June and considerably lower than the higher rates towards the end of 2016.

High street stores selling clothing and footwear were among the hardest hit, experiencing a fall of 0.5 per cent in July compared with a month earlier.

However, consumers spent more online, according to the data, helping sales to increase by 15.1 per cent year-on-year and by 0.3 per cent month-on-month, accounting for approximately 16 per cent of all retail spending.

B&Q and Screwfix owner, Kingfisher, Europe’s largest home improvement retailer, reported on Thursday that second quarter sales had slumped, driven by a 10.7 per cent decline in the sale of seasonal goods such as barbecues and garden furniture at B&Q, following a strong first quarter boosted by better weather.

Wet weather in July also affected fashion sales, with worse conditions possibly on the horizon for retailers, said Keith Richardson of Lloyds Bank. “It’s hard to escape the feeling that there may be dark clouds on the way,” he said.

Although spending was higher at the supermarket checkout, prices have been rising while the phenomenon known as “shrinkflation” has cut the size of many products for consumers, maintaing profits for producers.

But the cost of food could continue to rise further, according to PricewaterhouseCoopers, which estimates pork meat and rice commodity prices rose by 21 per cent and 11 per cent respectively between May and June alone.

Supermarkets have been tempting shoppers to keep spending, or encouraging them to switch brands for own-label products, according to Richardson.

“Despite consumers finding their purses a little lighter each month, the supermarkets continue to find ways to help shoppers adapt their spending rather than rein it in,” he said.

The figures come as the economy shows greater signs of resilience than expected, with the UK recording its lowest level of unemployment since the mid 1970s.

Inflation remains steady at 2.6 per cent, thanks to falling fuel prices, alleviating some of the squeeze on real wages at a time when households are facing uncertainty from Brexit.

However, rail fares will rise by 3.6 per cent from next year, after July’s retail price index came in higher than expected on Tuesday, leading the government to prepare the steepest hike in average ticket prices for five years.

The number of people cutting down on household spending is at the highest level for two years, as more than half of Britons said they looked to lower expenditure in the second quarter of 2017, according to Nielsen’s latest Global Survey of Consumer Confidence and Spending Intentions.

The market research firm found consumer confidence has fallen sharply since the EU referendum, with the UK slipping from the second most confident country in Europe, behind only Denmark, to ninth place.

The drop in retail sales adds to mounting problems for many small businesses that depend on consumers to stay afloat, at a time of rising production costs with higher levels of inflation, according to Mike Cherry, national chair at the Federation of Small Businesses.

“Small business owners are paying themselves less, struggling to award pay rises and pushing up prices in an attempt to absorb increased outgoings. This threatens to further stifle already reduced consumer spending power,” he said.

“The squeeze on consumers remains appreciable, despite easing marginally from May’s peak,” he said.