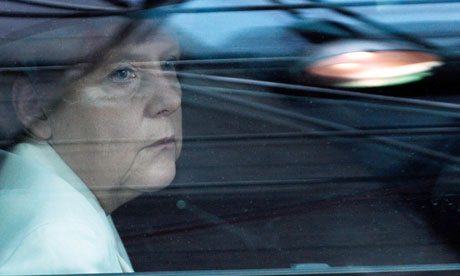 This year, Germany is expected to grow 0.7 per cent, down from an earlier 1% forecast.

Mr Draghi blamed his move on a stagnation in core eurozone countries, including Germany, France and the Netherlands.

Southern European countries, such as Spain and Italy, have been in recession for more than a year, but the malaise has spread to the rest of the single currency zone via weak export demand and falling consumer and business confidence.

The Bundesbank blamed its new-found pessimism about Germany’s prospects on the recessions in neighbouring eurozone countries.

“Given the difficult economic situation in some euro area countries and widespread uncertainty, economic growth will be lower than previously assumed,” the Bundesbank said.

“The Bundesbank does not see a protracted slowdown, but instead anticipates a return to the growth path soon.”

However, the central bank warned that the country’s economy may suffer a recession during the current quarter and the first three months of next year.

German industrial production data for October is due out later, and the Bundesbank’s president Jens Weidmann will give a speech in the afternoon.