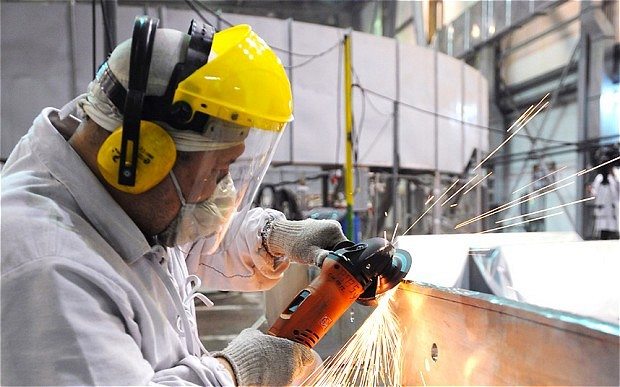 The Government’s £5bn investment in construction will fail to boost the economy unless giant contractors are forced to improve their “appalling” treatment of small suppliers, business groups have warned.

Organisations representing more than 24,000 small construction and engineering companies have written an open letter calling on the Government to force contractors to address a culture of treating small businesses “like banks”, reports The Telegraph.

George Osborne, the Chancellor, committed to funding road upgrades, rail links and new schools in Wednesday’s Autumn Statement as he turned to infrastructure and construction projects to drive the economic recovery.

However, 12 bodies, representing subcontractors including engineers, plumbers, electricians and builders, said the behaviour of the largest construction companies is resulting in small businesses being starved of cash.

The groups, including the Federation of Master Builders and the Specialist Engineering Contractors’ Group, said any “attempt to promote growth by investing in construction activity will not succeed unless the money flows quickly through to the people on the ground”.

“The industry is bottom-up funded but suppliers cannot continue to do this since bank lending has run dry. The largest firms are poorly capitalised, so they cannot pay their supply chains without being paid themselves [so they] impose even longer payment periods on small firms.”

A recent survey of 250 small construction companies found that 97pc feel unfairly treated by main contractors – and just 5pc of all work is paid within 30 days.

Barry Ashmore, who runs dispute resolution firm StreetwiseSubbie, said: “The £5bn is really positive but it won’t kick-start the economy if it’s just going to sit on big companies’ balance sheets. The fight every subcontractor has to get paid is crippling the industry.

Sub-contractors complain that an entrenched culture of slow and late payment by primary contractors in the construction industry is compounded by numerous other practices which result in a “fight” to get paid.

For example, they are often asked to pay rebates for work already completed and even to provide upfront sums simply to tender for work. So called “pay when paid” clauses in contracts – which see slow payment by main contractors passed down the supply chain – are another problem. While they are prohibited, they are still in widespread use.

Small businesses also have to “apply to be paid” rather than simply submitting an invoice, a process which typically results in the bill being reduced.

The groups called for measures such as barring companies that have a poor record of payment from public work and an increase in the use of so called “project bank accounts”. These ring fence supply-chain payments to protect small companies from exploiting their size to insist on retrospective discounts.