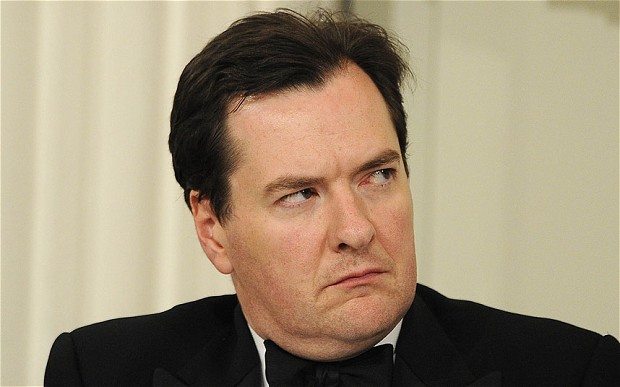 The outlook came as Britain’s manufacturers contracted for a sixth month running in October on worrying signs of a collapse in export demand from Asia, prompting economists to declare a “dismal start” to the fourth quarter after the sharp rebound in growth in the three months to September, reports The Telegraph.

Cutting its UK growth forecast for 2013 due to the weaker global outlook, think-tank NIESR said the Chancellor would miss his target of having debt falling as a proportion of GDP by 2015/16 by two years. To fill the hole, the Treasury would need to top up the £123bn austerity programme with another £22bn, NIESR’s UK economist Simon Kirby said.

The scale of the forecast miss would be too big to correct, Mr Kirby said. “We certainly wouldn’t advocate an increase in fiscal consolidation but it does highlight the fact that the Government should introduce consultation on its fiscal framework in the Autumn statement that will have more credibility going forward.”
NIESR is the second leading forecaster to urge the Chancellor to ditch his targets just two-and-a-half years after introducing them. In September, the Institute for Fiscal Studies also suggested he launch consultation on a new set of golden rules in the Autumn statement on December 5.

Although NIESR expects the Chancellor to miss his debt reduction target, it predicted that he will hit his key rule a year early – to eliminate the structural budget deficit within a rolling five-year timeframe.

Bank of England Governor Sir Mervyn King has said the Chancellor should not worry about missing the target by a year if it is due to weak growth caused by external factors. NIESR has expected the Government to miss the debt target since January 2011 but has so far been proved wrong.

NIESR cut its UK growth forecast for next year from 1.3pc to 1.1pc and said growth will remain below the long-term 2pc trend at 1.7pc in 2014. However, it raised its forecast for this year from a contraction of 0.5pc to a contraction of just 0.1pc. It also reiterated that the Government should be slowing the pace the austerity to drive growth.

The weak outlook came as the purchasing managers’ index (PMI) for manufacturing compiled by Markit and the Chartered Institute of Purchasing & Supply found that factory output fell from 48.1 in September to 47.5, weaker than the consensus forecast of 48, where any figure below 50 indicates contraction.

October was the sixth consecutive monthly decline, and the third month running of worsening data. The output data was last lower in July.

Alan Clarke of Scotiabank said: “This is a continuation of a theme that has been running all year – domestic fundamentals aren’t great, but they have been improving. By contrast, the overseas sector is holding us back and that is particularly evident in export facing sectors such as manufacturing.”