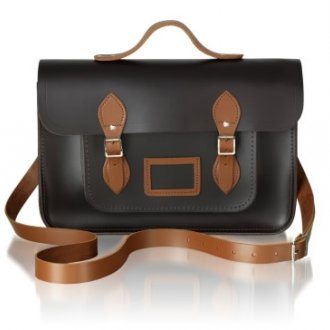 Bags inspired by the Harry Potter books, a refusal to use outside sources of finance and a commitment to UK manufacturers. It wasn’t the most detailed of plans but it was the best option Julie Deane had when the Cambridge mother ranked 10 business ideas that could be used to subsidise private school fees.

She wanted to take her eight-year-old daughter out of the local state school when she started getting bullied, reports The Telegraph.

Armed with £600 of start-up capital, Deane and her mother founded The Cambridge Satchel Company, intent on creating an unlikely fashion accessory from what she imagined Hogwarts pupils used to carry their spell books. She spent £70 on leaflets to generate pre-orders, which were left in shops, doctors’ surgeries and schools. The rest went on getting an initial batch made.

If the experiment had failed, Deane would have called it a day: “I was determined I wouldn’t go over my £600 – if it didn’t work I’d get a job.”

The austere approach meant teaching herself how to do everything from building a website to designing logos – and methodically hassling “every fashion and lifestyle editor and blogger in the country” about her creation.

“You can spend thousands and get nowhere if you’re lazy. A limited budget makes you more creative – you know it’s about you making money, not how other businesses have done it before you.”

After six months, the “kitchen table” company was a modest success, selling £30,000 worth of bags. Then a rash of media coverage tipped the balance.

Seven daily orders became 70 and by the end of the first year, the business was turning over £200,000. “I was still very careful. We didn’t take on any big shops because they take forever to pay. And it’s important for me not to make people wait for payment because it doesn’t help anyone if they’re waiting for cash.”

Four years after Deane compiled her top 10 – she won’t reveal else was is on the list “in case the bottom falls out of the bag market” – the company turns over around £1m a month, with half of its sales coming from overseas.

A similar proportion comes directly from the website, keeping margins healthy, and the bags have been sported by the likes of Angelina Jolie, the Hollywood actress.

“London. New York. Our Kitchen,” was how Dean’s story was summarised in a recent TV advert for Google’s Chrome web browser, in which the business stars alongside unlikely bedfellows including the pop stars Lady Gaga and Justin Bieber.

Deane insists on getting her bags made in Britain.

“I can’t imagine having satchels made in a country I haven’t been to by people I haven’t met. You may as well be trading in pens – you’ve lost the reason you’re doing it.

“It’s the agility to put things right quickly when there’s a problem, not waiting for stock that’s on a boat for weeks and the ability to make smaller, more flexible lines. People who have moved production overseas should give this a try and they’ll appreciate what they’ve lost. It’s time to back our local communities.”

However, she admits there are times when outsourcing has looked an easier option.
The 45-year-old says she has periodically found herself looking for new manufacturers as she outgrows small-scale producers who have little desire to grow with her. When she finally found one with more ambition, it used her designs to produce a near-identical rival product.

“We trained them how to make the bags, what machines were necessary, the whole process. I even bought the leather because they were having cash-flow problems. The sense of betrayal was phenomenal.

“I didn’t want to keep taking a chance. So I decided to start a manufacturing facility myself.”

Deane bought a factory near Leicester last year, which produces more than half of the company’s bags.

She admits some elements of starting a manufacturing business have been “incredibly frustrating”. “The machinery that we need, as well as the skills, went overseas. We’ve bought machines from abroad and found they were made in Sheffield in the first place.”
The few staff left with the skills to produce the bags are generally approaching retirement age, she adds.

Characteristically, she is tackling the problem head on.

“We’ve managed to grab the older staff, learn from them and now we’re looking for a bigger factory where we’ll hire apprentices. We’re confident we’ll find plenty of willing workers. Even if the people don’t have a perfect background, if they have the right attitude they’ll succeed.”