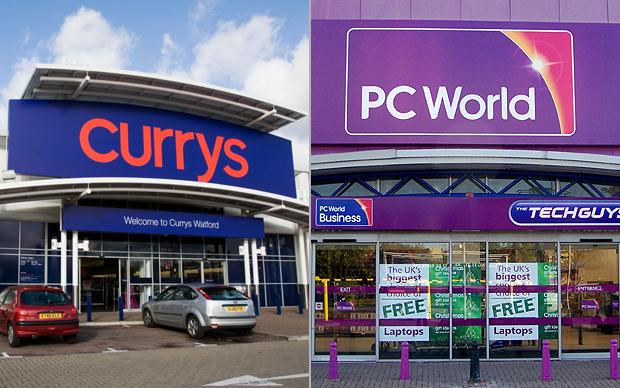 Sebastian James, Dixons Retail’s chief executive, said the group was “outpacing” its competitors and would benefit after Comet fell into administration earlier this month.

James said that it was still too early to gauge what the impact would be but added that Comet’s demise had been “helpful from a market share perspective”.

He said that Currys and PC World were well placed to pick up customers, with Dixons Retail seeing like-for-like sales in the UK and Ireland rise 3 per cent in the 24 weeks to October 13 as customers bought new televisions during the summer of sport.

The rise in sales saw the division climb back into profit after five straight years of first half losses. Operating profit rose to £5.6m, compared with a loss of £6m in the same period last year.

“I am particularly encouraged by our performance in the UK and Ireland and in Northern Europe and we were particularly busy during the sporting and cultural events during the summer,” Mr James said in a statement on Thursday.

“While August and September were, as expected, a bit quieter, we remain cautiously optimistic about the outlook.”

However, the group still made an underlying pre-tax loss of £22.2m over the period, down from a £25.3m loss in the same period last year.

Comet’s administrators Deloitte announced a further 125 store closures on Wednesday, leaving 70 remaining, which will only stay open while stock is cleared.