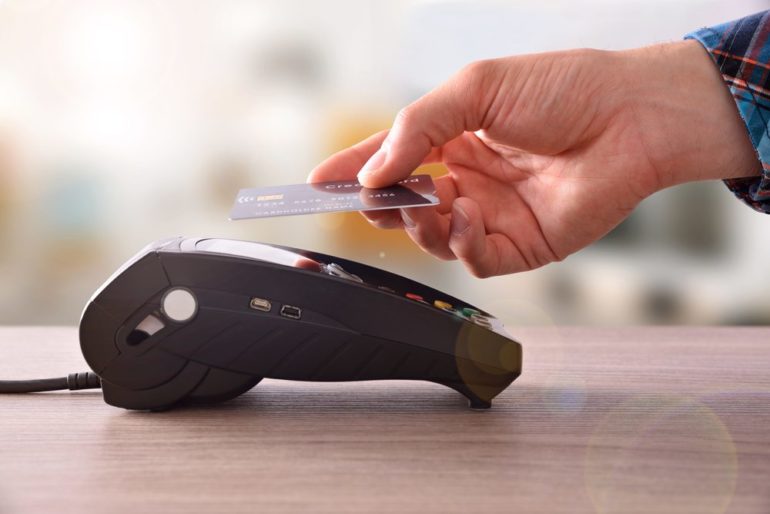 Landmark moment as cards now account for more than half of all purchases, according to British Retail Consortium.

Is this the tipping point that signals the beginning of the end for cash? For the first time, notes and coins have been toppled from their position as the UK’s number one payment method. Cards now account for more than half of all retail purchases, according to the main body representing shops, reports The Guardian.

The new figures from the British Retail Consortium show that 10 years after their introduction in the UK, and following an initially lukewarm reaction, contactless payment cards have finally won over the British public. Contactless cards – also known as “wave and pay” and “tap and go” – now account for about a third of all card purchases, up from 10 per cent as recently at October 2015.

But perhaps shops have good reason to be crowing about how Brits are embracing the contactless revolution, if you subscribe to the theory that these cards make it too easy to spend money.

A London Business School professor, Niro Sivanathan, recently claimed that parting with cash is “psychologically painful”, but that paying for items with a contactless card “anaesthetises the psychological pain that accompanies payment, seducing us into splashing out”. And the Bank of England last month suggested that the popularity of contactless cards was helping to fuel the rapid growth in consumer debt.

In its latest annual payments survey, the BRC said debit, credit and charge cards had “firmly established their place as the dominant payment method in retail”, and were “increasingly displacing cash for lower-value payments”.

For years, cards have accounted for the majority of retail spending by value, but 2016 was the first year they also accounted for more than half of all transactions. It is also the first time that debit cards have overtaken cash. They now account for 42.6 per cent of all transactions, putting them a whisker ahead of notes and coins, which fell almost five percentage points to 42.3 per cent.

“One of the biggest drivers has been the increasing use of contactless payments,” said the BRC. More than two-thirds of staffed payment terminals in shops are now able to accept contactless cards, up from less than half a year ago.

Contactless cards were introduced in the UK in 2007, and initially the public was slow to embrace the technology. In the early days this payment revolution was largely confined to coffee shops and sandwich chains, but recently the number of wave and pay outlets has mushroomed.

The technology has reached into almost every aspect of our lives. Music fans attending this month’s British Summer Time concerts in London’s Hyde Park were able to pay for a pint with a tap of their plastic, while the Church of England is trialling electronic collection plates in about 40 churches that will have handheld terminals to swipe for donations.

There are more than 108m contactless cards in issue in the UK, and the maximum limit for a single transaction is £30 – a figure that has not changed since autumn 2015.

So could the UK end up going cash-free? Perhaps, but Sweden is expected to become the world’s first truly cashless society. A study by Stockholm’s KTH Royal Institute of Technology has predicted cash could be history there by 2030.

Victoria Cleland, chief cashier and director of notes at the Bank of England,reckons the folding stuff and loose change will be around in the UK for some time yet. “Cash is very much alive and kicking,” she said in a speech last month. The value of Bank of England notes in circulation peaked in the run-up to Christmas 2016, reaching more than £70bn for the first time.