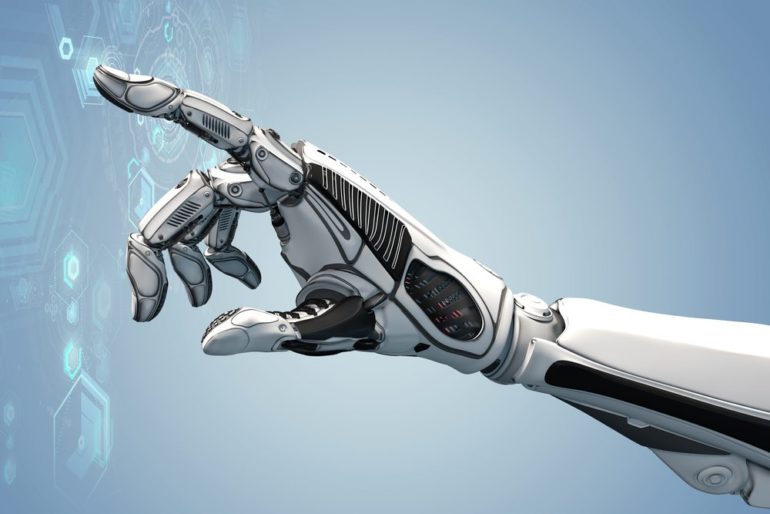 A Unite spokesman says the Government “doesn’t have a strategy” to deal with the rise of technology following a new report.

Robotics and artificial intelligence will reduce social mobility in the UK, the chief executive of the Sutton Trust has told Sky News.

“The rise of robotics is taking away the traditional ladders of opportunity in the workplace,” Lee Elliot Major said.

“What we’re worried about is that those are taking the paraprofessional jobs – the jobs that were the stepping stones for people to rise up the social ladder.

“People from poorer backgrounds will be disproportionately affected because those are the people that have these jobs normally.”

In a report, the Sutton Trust said that only 29 per cent of people believe today’s youth will have a better quality of life than their parents – down from 42 per cent in 2003.

The report suggested that bringing the UK up to the average Western European levels of social mobility could add 2.1 per cent to GDP per year, a total boost of around £39bn.

It also found that up to 15 million jobs in the UK “could disappear due to technological disruption”.

The result could be a two-tier society, the Trust said, with “an elite high skilled group dominating the higher echelon of society and a lower-skilled, low-income group with limited prospects of upward mobility and an irremediably broken social ladder”.

Tony Burke, assistant general secretary for manufacturing of the union Unite, told Sky News: “We are taking (automation) very seriously as an issue.

“Nobody’s faced this before. Unlike previous industrial revolutions that created employment, the problem with the Industrial Revolution 4.0 is it is actually going to reduce it.

“Our problem is that our government doesn’t have a strategy for how they’re going to manage this.”

A spokesperson for the Department for Business, Energy and Industrial Strategy said: “As part of building our Industrial Strategy, the Government has asked a team of industry experts led by Siemens CEO Juergen Maier to look into the challenges and opportunities of digital technology and automation.

“This review will consider how we can work together with businesses to ensure the benefits of new technologies are felt in different sectors of the economy, creating new, exciting and well paid jobs across the country.”