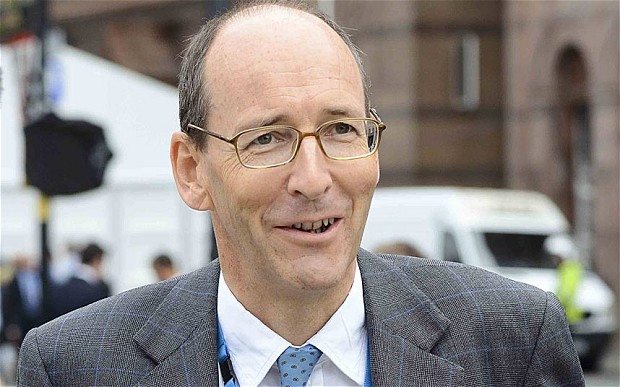 The Commission on Banking Standards urged the Government to force banks to raise the so-called “leverage ratio”, saying the arguments against a stricter cap were “extremely weak”, reports The Telegraph.

Current international standards propose that banks have a leverage ratio of 3pc, meaning £1 of capital can support £33 of loans. However, in a report published today, the Commission said this was “too low”.

It said the Bank of England must be given the power to set a higher cap in line with previous recommendations that lenders should have their assets limited to 25 times their core capital.

George Osborne has insisted the envisaged 3pc will be sufficient but the Commission said it was “wholly unconvinced” by the Chancellor’s argument.

“The FPC [Financial Policy Committee of the Bank of England] should immediately be given the duty of setting the leverage ratio. Almost certainly, a leverage ratio of 3pc is too low,” said Andrew Tyrie MP, the Commission’s chairman.

Sir Mervyn King, the outgoing Governor of the Bank of England, as well as his successor, Mark Carney, currently governor of the Bank of Canada, have expressed support for a higher ratio to curtail risk-taking by lenders.
Increasing the ratio would force banks to either raise more capital or reduce the size of their balance sheets if they were found to be in breach of the cap.

Giving evidence to the Commission, Bill Winters, the former co-chief executive of US investment bank JP Morgan, admitted that the cap would increase the cost of capital for banks, but said this was justified by the “value that we get as a society from having safer banks”.

The Commission has not said how high it thinks the cap should be, but is expected to add further detail when it publishes its final report in May.
The Commission also took issue with the way the Government planned to implement its proposal that ministers and regulators be handed the power to split up a bank found to be in breach of the incoming ring-fencing rules between retail and investment banking operations.

Earlier this year, the government said it supported the “electrification” of the ring-fence so that a bank could be forcibly separated if it was deemed to be undermining the ring-fence intended to ensure that retail depositors money is safe in the event of a new financial crisis.

However, Mr Tyrie said a new reserve power was needed for a “full, industry-wide separation” in the event that the ring-fence was deemed to be an ineffective safeguard. He added that the Commission believed the Government had “failed” to address its recommendation that the ring-fence should be subject to a periodic review to ensure it was “doing its job”.

The Commission’s report comes as the Banking Reform Bill will today go through its second reading in Parliament.