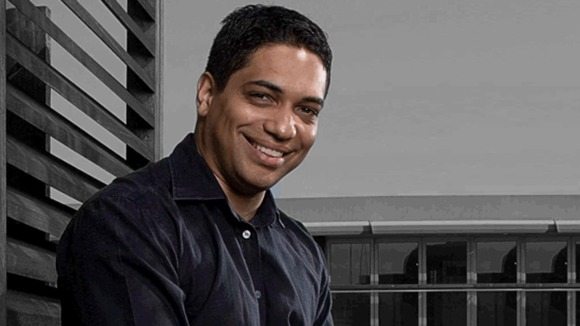 The qualified solicitor also worked as an investment banker and venture capital fund manager and was named in The Power List of the UK’s 100 most influential black Britons.

His company Outsourcery was launched in 2007 and employs 150 people across the UK.

Executive producer Ceri Aston called Linney’s story “inspiring”, adding: “Piers is a new breed of dragon. A young and dynamic digital entrepreneur, he has his finger on the pulse of an industry that has never been represented in the Den before.

Departing dragon Paphitis said “The time felt right to give up my seat, stop breathing fire and allow someone else to enjoy the wonderful experience of being a Dragon.”

Speaking about his new role Linney said: “Having been a professional and private investor, I stepped into what started out as personal investment to run it, and am now building a world-leading business. I am excited to have the opportunity to join Dragons’ Den and once again support entrepreneurs both financially and through my extensive network. I also think I can widen the appeal of the Den to information economy entrepreneurs as they are key to the future success of the UK economy.”