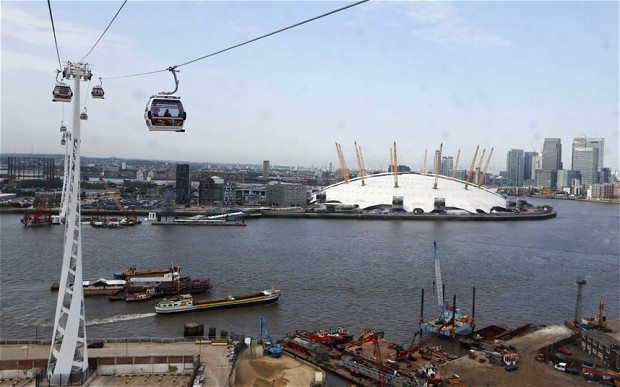 Mr Johnson said London was benefiting from a post Olympics boom, with the capital “at the top of investors’ lists”, driving building and jobs.

“London is the locomotive of the UK. We have got to stop talking the language of austerity. That is not a policy for economic growth.”

Speaking at Mipim, the annual international property conference held in Cannes, the Mayor said the UK must “stop bashing the industries in which we are strong”, citing the financial services sector.

He said growth would come from supporting the banks as well as building up newer sectors, reports The Telegraph.

The Mayor’s plans for the Royal Victoria Dock site will see 15 acres of water developed into hotels, restaurants, bars and new homes.

When it is built it will be one and a half times the size of Green Park in central London, with transport links including a new Crossrail station, DLR, and a cable car linking it to central London and Canary Wharf.

“This site is unique. It has the potential to become one of the most sought after addresses in the capital while breathing new life back into London’s waterways,” Mr Johnson said.

The formal procurement process to create “the Venice of London” will begin this summer. International developers must have a London-based partner to qualify for work on the scheme.

The Major said the Government needed to do more to boost the construction sector and infrastructure to drive UK growth.