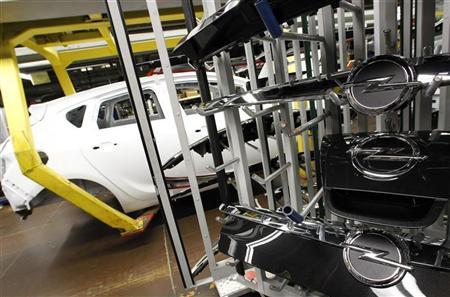 The economy shrank by 0.1pc in the three months to February, the National Institute of Economic and Social Research (NIESR) estimated, which followed a 0.3pc decline in the final quarter of last year.

If the economy continues to contract for the three months to the end of March, the UK will officially be in its third recession since the financial crisis of 2008, reports The Telegraph.

NIESR’s monthly GDP estimate was a slight improvement on the three months to January, which showed the economy declined by 0.2pc, but it said the data suggested that “the economy continued to flat-line in the first two months of this year”.

The bleak outlook followed official figures from the Office for National Statistics (ONS) showing that activity in the production industries, including manufacturing, shrank far more sharply than expected in January.
Separate ONS numbers showing a slight improvement in the balance of trade for the month provided little solace from the 1.2pc decline in industrial production between December and January. It was the weakest reading since September. Economists had expected expansion of 0.1pc.

Anxiety that Britain’s economy will slide back into recession is hurting market confidence in the UK, forcing down the pound and pushing the cost of insuring government debt up at the fastest pace of all major countries, according to Bloomberg data.

Credit-default swaps insuring gilts have risen 76pc from a four-year low in November of 26 basis points. That marked the biggest rise among 67 governments tracked by Bloomberg. It is now more expensive to insure UK debt than that of countries including Finland, Denmark, Germany and Austria, with rising swap prices signalling a deterioration in investor sentiment.

Just last year, Britain’s debt was considered safest among the biggest European borrowers amid concern the eurozone would fracture and the cost to Germany of supporting weaker members would surge.

The pound also fell sharply against the dollar, touching $1.4832 at one point, the lowest level since June 2010.

The trade figures were a little better than hoped, with the deficit in goods and services in January shrinking slightly from £2.8bn in December to £2.4bn in January. The goods deficit, which some had feared would widen from £8.9bn to £9bn, shrank to £8.2bn.

The improvement was not driven by an increase in exports over the latest three months, but by a 2pc decline in imports. In fact, non-oil exports fell 5.4pc in the month, the worst decline since April 2012.

Economists said the weak data could convince the Bank of England to restart quantitative easing, or otherwise loosen policy.

The Chancellor is considering plans to change the Bank’s remit in the Budget to give it a more explicit growth target, with a team in the Treasury reviewing the current mandate. Talks on whether to alter the 2pc inflation target are reported to have been held last week between incoming Governor Mark Carney and Sir Nicholas Macpherson, permanent secretary to the Treasury.
The Treasury confirmed they met in Ottawa.