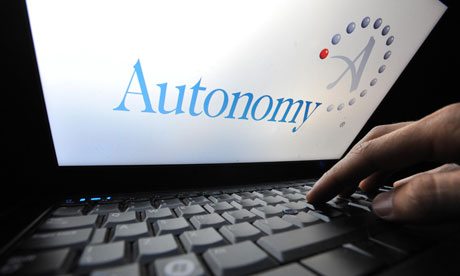 The Serious Fraud Office has been dragged into fresh controversy after it first confirmed and then within hours stalled a criminal investigation into Autonomy, the British software company bought for £7bn by Hewlett-Packard, reports The Guardian.

The UK’s corruption agency, dubbed the “Seriously Flawed Office” after being forced to abandon its high-profile case against financier Robert Tchenguiz, announced on Tuesday morning that it may have a conflict of interest preventing it from pursuing Autonomy directors for alleged accounting irregularities.

In a statement, the agency said: “The SFO is keen to ensure that there is now no conflict of interest, or perception of such a conflict and it is obliged as a first step to make inquiries to ensure that it can continue as the investigating body. It is undertaking this work at present.”

HP accuses Autonomy’s senior management, including its chief executive, Mike Lynch, of misrepresenting the British firm’s accounts to inflate its value, which HP in November wrote down by $8.8bn (£5.9bn).

The allegations first arose in November, when HP reported Autonomy’s management to the SFO and regulators in the United States. Confirmation that the US justice department was looking into the affair came in December, but the SFO remained silent until Monday night, when it confirmed its involvement after HP declared in a regulatory filing that the UK agency had begun an investigation on 6 February.

In an expanded statement on Tuesday, the SFO confirmed its involvement but also cast doubt over its ability to continue investigating.

James Carlton, a specialist in business crime at law firm Fox Williams, said: “This was flying around like a snowstorm in November. It is something that should have been picked up when the issues first arose. The SFO should now seek to resolve their concerns as early as possible.”

If the SFO is forced to withdraw, responsibility for any action could fall to the Crown Prosecution Service, Williams said.

Autonomy’s Introspection software is used by the SFO as one of the key tools to trawl through huge databases of emails, voice recordings and other stored information in major inquiries, and was used to track down rogue Société Générale trader Jérôme Kerviel.

Confirming its involvement, the SFO stated: “As has been widely reported, allegations have been made to the SFO about the circumstances of the sale in 2011 of Autonomy to HP. The director of the Serious Fraud Office has decided to open an investigation into those allegations, with a view to using its powers of investigation to allow them to be tested.”

A spokesperson for the Autonomy management team said: “We confirm that we have recently been contacted by the SFO. We continue to have confidence that HP’s allegations are without merit and appreciate the director of the SFO’s comment that ‘the opening of a criminal investigation does not mean that individuals are guilty of a crime or indeed that a crime has been committed’.”