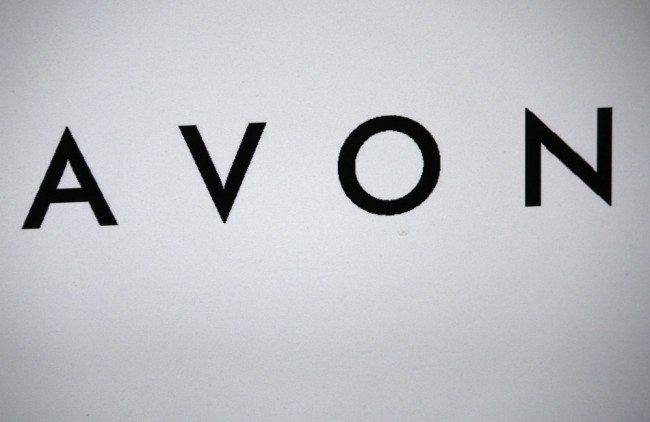 Shares in the cosmetics company Avon rose by 20 per cent after an apparently nonexistent firm incorporated in a remote archipelago in the Indian Ocean offered to buy the company for almost three times its market value, reports The Guardian. The purported acquirer, which identified itself as PTG Capital Partners, said in a US Securities and Exchange Commission filing on Thursday that it would pay $18.75 (£11.95) per share for Avon. Avon said it had not received any such offer.

Shares of Avon peaked at $8 and ended up 6 per cent at $7.07 even after many traders doubted the veracity of the offer. About 69.5mn shares changed hands, mostly after news of the filing broke, on the stock’s busiest day since 20 March.

Attempts to reach contacts listed in the filing – a law firm named Trose & Cox in Texas and PTG itself in London – were unsuccessful. The US Securities and Exchange Commission had no immediate comment on the veracity of the filing.

The filing contained multiple errors of grammar, and PTG also called itself TPG in places. TPG, a prominent private equity firm in Fort Worth, Texas, said it is unrelated to PTG. The filing also lifted chunks of text from TPG’s website to describe itself and provided a contact address similar to TPG’s in Fort Worth.

In a statement referring to PTG, Avon said it “has not received any offer or other communications from such an entity, and has not been able to confirm that such an entity exists”.

Electronic, or “Edgar” filings, are “largely automated”, the SEC’s website states, noting that the information is provided by filers and that the SEC staff “generally does not correct errors” or intervene in the process. The staff will consider requests to correct errors in unusual situations, it adds.

Whoever wishes to file on Edgar can apply for a password by submitting an online form, said Scott Kimpel, a partner at Washington, DC law firm Hunton & Williams who previously worked at the SEC. “Unless you write on it, ‘My name is Mickey Mouse and I live on the moon,’ they approve it. There is no review. There is no way for them to tell if someone is in fact who they say they are,” said Kimpel, noting the large number of filings on the website every day.

Bloomberg reported that the regulator’s enforcement division is reviewing the legitimacy of the offer, citing a person with knowledge of the matter. The SEC’s Edgar company database says PTG is incorporated in British Indian Ocean Territory, an archipelago between Africa and Indonesia with no civilian population, according to the CIA World Factbook. A spokesman for the UK Foreign Office said there is no corporate register in this territory.

Avon’s stock was halted three times on Thursday due to volatility after the initial reports. “This was false information; it may be incredibly difficult to ascertain whoever was selling stock at those prices, who was the guilty party. So they should cancel all trades – that would be the fair thing to do,” said Stephen Massocca, chief investment officer at Wedbush Equity Management in San Francisco.

Avon appears to be the latest victim of a long list of phoney takeover offers. In January 2012, a court ruled against Allen E Weintraub and his Sterling Global Holdings for purported tender offers made for Eastman Kodak Co and American Airlines parent AMR Corp, in a case brought by the SEC.

In December 2012, shares of Rocky Mountain Chocolate Factory spiked after an apparent takeover bid filed with the SEC that the candymaker suggested was probably bogus. In 2007 the SEC sued Theodore Roxford, also known as Lawrence Nire, for fraud. It accused him of buying shares or stock options of five companies and then announcing fake takeovers to drive up prices.

While some traders said the filing quickly raised red flags for them, others may not have been so lucky. At 11.53am EDT, a trade of slightly more than 2m Avon shares was executed at the session high of $8 each, Thomson Reuters data show. Four more trades were executed at the same price, milliseconds after the first one. The largest of the four was for 3,500 shares.

“Some people made a lot of money and some people lost a lot of money,” said Seth Setrakian, partner and co-head of US equities at First New York Securities. “There’s never a refund or a money-back guarantee. I haven’t found it yet.”

A spokeswoman for the New York Stock Exchange, where Avon is listed, had no comment.

RBC Capital Markets analysts expressed surprise that an acquirer would pay more than $8bn for Avon given its $2.9bn value when the market opened on Thursday.