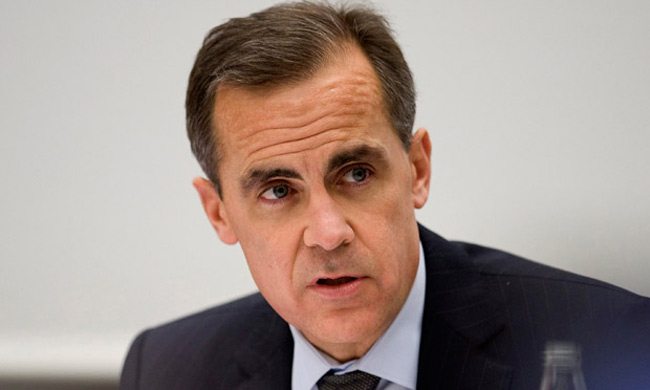 The governor of the Bank of England has intervened in the EU referendum debate, saying an in/out poll should take place “as soon as necessary”, reports The Guardian.

Mark Carney said the prospect of a referendum was stoking business uncertainty, which could hurt the economy if companies start putting off investment plans.

Asked whether he believed the referendum should be held sooner rather than later, Carney replied: “The government has made it clear that it is a priority. I am sure the government will act with appropriate speed in developing the negotiations … as soon as necessary.”

Carney said that companies were already expressing concerns over David Cameron’s promised referendum and a potential UK exit from the EU.

“It’s in the interests of everybody that there is clarity about the process and the question and the decision,” he told BBC Radio 4’s Today programme.

The Bank’s top policymaker said that while businesses had already flagged up concerns over the poll, they were yet to act on them by delaying or cancelling spending plans.

The prime minister has promised a vote on EU membership by the end of 2017.

Carney also played down the idea that cheap foreign labour was to blame for poor UK productivity and weak wage growth.

He said: “The facts of this recovery have been there has been a huge growth in employment, one of the strongest job markets in the world, and we have seen a big increase in the willingness of the British people, British nationals, to work.

“In the course of the last two years, the number of older workers – people in their 50s and 60s – who stayed in the labour market has been 300,000 more than we would have seen in previous times. In addition, people want to work more hours. That’s another 200,000 to 300,000 more workers, effectively more workers.”

“So the real story here is that British people have wanted to work more and what’s happened with the economy.”

Carney said productivity should pick up because spare capacity is being used up. He added that migrants tend to contribute to improved productivity over time, starting in jobs for which they are over-qualified before securing jobs more suited to their skills.

He said: “They contribute to that increase in productivity. That is something we see across the economy.”

Asked whether he might be talking about a rise in interest rates this time next year, Carney replied: “It is possible but it depends on the evolution of the economy. What we are not going to do is put up rates too soon or too fast.”

Interest rates have been on hold at an all-time low of 0.5 per cent since March 2009.

Carney added that UK inflation – currently at zero – would probably turn negative when the figures for April are published on 19 May. He said, however, that inflation should start to pick up again by the end of the year.