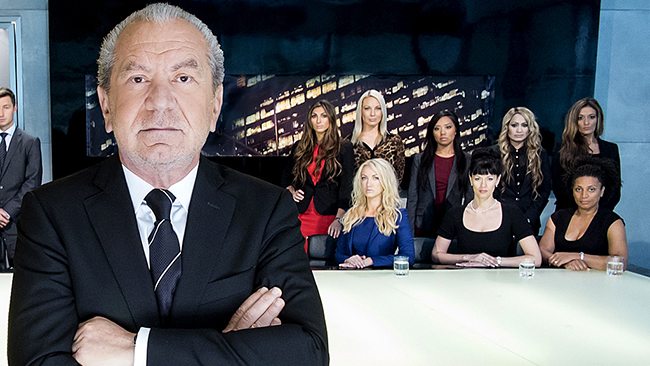 Lord Sugar’s BBC reality show, which sees him whittling down budding businessmen and women to be his next protege, came top of the most influential programmes in inspiring Brits to be an entrepreneur.

Other shows which made the top 10 include DIY/SOS, Only Fools And Horses, The X-Files and Are You Being Served?, with The X Factor and Absolutely Fabulous appearing in the top 25.

Chefs were named the most inspirational TV personalities when it came to career choice.

Michel Roux Jr took the top honour, with many considering a career in hospitality and catering after watching him in BBC Two cooking shows MasterChef: The Professionals and Michel Roux’s Service.

He was followed by queen of cakes Mary Berry, who has inspired many amateur bakers to turn their hobby into a profession after tuning into The Great British Bake Off, in the study of 2,408 job seekers by recruitment company Reed.

And despite being fictional characters, The X-Files’ forensic scientists Fox Mulder and Dana Scully, played by David Duchovny and Gillian Anderson, as well as Sex And The City columnist Carrie Bradshaw – portrayed by Sarah Jessica Parker – and Jon Hamm’s alter-ego Don Draper from Mad Men have inspired people to pursue certain professions.

Lynn Cahillane from reed.co.uk said: “Whilst TV programmes may not always portray an industry or role in the most realistic of lights, our research shows they play an important role in influencing the next generation of chefs, entrepreneurs and pathologists.”