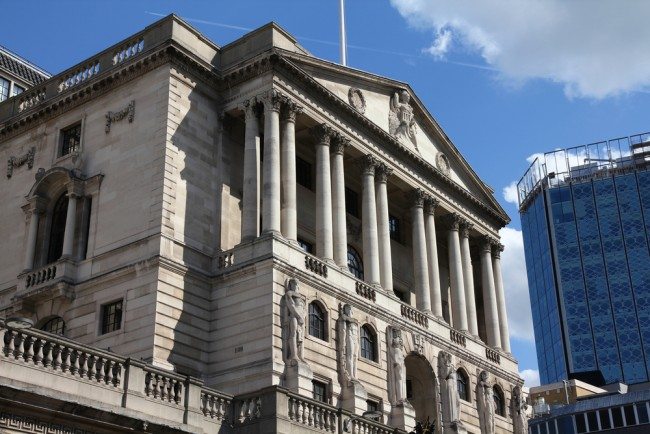 Carney told businesses and consumers that Threadneedle Street would have to respond to the economy’s stronger growth by announcing the first tightening of policy since rates were increased to 5.75 per cent in July 2007 – the month before the US subprime mortgage crisis erupted.

However, the governor added that after an extended period of what were expected to be emergency rates, borrowing costs were likely to peak at just over 2 per cent – half their average historic norm since the Bank was founded in 1694.

“It would not seem unreasonable to me to expect that once normalisation begins, interest rate increases would proceed slowly and rise to a level in the medium term that is perhaps about half as high as historic averages. In my view, the decision as to when to start such a process of adjustment will likely come into sharper relief around the turn of this year.”

According to The Guardian, Carney said that since the Bank began to target inflation in 1992, the tendency during periods when interest rates were rising was for borrowing costs to increase by 0.5 percentage points every three months.

The warning to Britain to prepare for the first move in borrowing costs in either direction since March 2009 reflects the Bank’s concern that debt levels remain high and that many households have never seen their monthly mortgage payments rise.

Inflation is at 0 per cent, well below the government’s 2 per cent target, but Carney said price pressures would emerge over the coming months and become more evident when last year’s sharp fall in oil prices ceased to bear down on the cost of living.

“The MPC’s intention is to return inflation to target in a sustainable manner within two years. That means setting Bank rate to eliminate the remaining slack in the economy, bringing about the sustained increase in costs necessary to achieve overall inflation of 2 per cent,” the governor said in a speech at Lincoln Cathedral.

“I expect that this will involve raising Bank rate over the next three years from its current all-time low of 0.5 per cent. The need for Bank rate to rise reflects the momentum in the economy and a gradual firming of underlying inflationary pressures – a firming that will become more apparent as the effects of past commodity price falls drop out of the annual inflation rate around the end of the year.”

Carney said it would take time for the increase in interest rates to feed through into the economy, and that the peak impact would come around 18-24 months after the Bank’s nine-strong monetary policy committee made its move.

f the committee does move around the turn of the year, it will bring an end to a period when rates have been lower than at any time since the Bank was founded. The last time interest rates went unchanged for a longer period was between 1939 and 1951.

The governor said the path of interest rates was more important to the Bank than the precise timing of an increase, and left room for manoeuvre in the event that economic circumstances change.

Carney said shocks to the economy could easily affect the timing and scale of interest rate increases.

He also noted that the largest cumulative increase in interest rates in the era of inflation targeting had been 1.5 percentage points, half the average in the US over the same period.

“This likely reflects in part the greater sensitivity of UK household balances sheets in the medium term to floating interest rates, something that could be particularly relevant in our still heavily indebted post-crisis economy … We will learn more about the importance of these sensitivities as interest rates increase.”

The governor said the level of the pound might also be a factor, since the strengthening of sterling would tend to depress inflation by making imports cheaper and exports dearer. “This risk is particularly relevant at present when the monetary policy stance of our largest trading partner [the euro] is diverging with ours.”

He added that Britain was running the biggest current account deficit in the world of almost 6 per cent of national incomes. This meant that the right policy mix leant towards tough budgetary policies from the Treasury, looser monetary policy and steps by the Bank to forestall boom-busts in the housing market.

“Given these considerations, the MPC will have to feel its way as it goes … There is, in fact, a wide distribution of possible outcomes around any expected path for Bank rate, reflecting the inevitability that the economy will be buffeted by shocks and that monetary policy will have to adjust accordingly.”