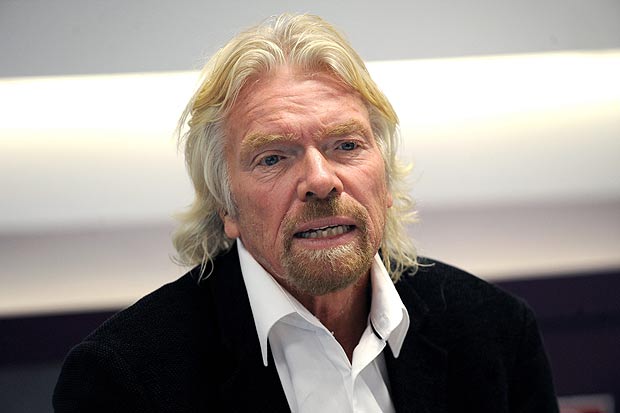 Sir Richard Branson and the Virgin Group is being sued for £200million by the former chief executive of Norwegian Cruise Line Holdings Ltd over plans by the British billionaire to launch his own luxury cruise line.

The lawsuit filed by Colin Veitch in Miami claims that Virgin pushed him out of a joint venture to break into the industry with huge ships capable of carrying 4,200 passengers each operating as floating resorts.

Veitch alleges he presented a plan to Virgin in 2011 to launch a new cruise line focused on two ‘ultra ships’ that would give it a foothold in the hard-to-enter but highly profitable luxury cruise industry, according to the complaint.

Responding to these allegations the Virgin Group said in an emailed statement on Wednesday. Sir Richard and the Virgin Group first looked at the cruise market in the late 1970s, ‘and our current team has been exploring the opportunity for more than a decade,’

‘Over the years, we have been in discussions with a number of parties including the plaintiff, and those discussions ceased in 2012. We strongly believe the claim has no merits.’

Virgin in December announced the formation of Virgin Cruises, which intends to sail out of Miami. It’s one of the newest of Sir Richard’s numerous business ventures, which include airlines, the Virgin Galactic spacecraft, a music label, book publishing, a travel agency, hotels and mobile phone services.
As CEO of the new Virgin Cruises Branson hired Tom McAlpine, former president of the Disney Cruise Line, a unit of Walt Disney Co.

According to the lawsuit, the plan was initially brought to Virgin by Veitch, who after analysing the cruise industry concluded that a well-known brand such as Virgin could break into the business profitably by building a pair of so-called ‘ultra’ ships.

These vessels, such as Royal Caribbean International’s ‘Oasis of the Seas’ ship, feature a wide array of on-board attractions and command premium prices.

The May 2011 agreement between Virgin and Veitch estimated that Virgin could make between $427 million and $483 million in profits over 10 years if the venture performed as planned. Under this deal, Veitch would get nothing if the ships were not profitable but stood to make $315 million if his projections were met.

‘Upon recognizing the potential for Virgin Cruises to be one of Virgin’s ‘biggest, sexiest businesses,’ however, the dark side of Virgin quickly emerged,’ the filing says, citing language used by Branson in a video shot in 2012.

Veitch claimed that Virgin later began altering the deal to diminish his earnings and leave him as ‘an indentured servant whose ownership and rewards depended completely upon Virgin’s whims.’