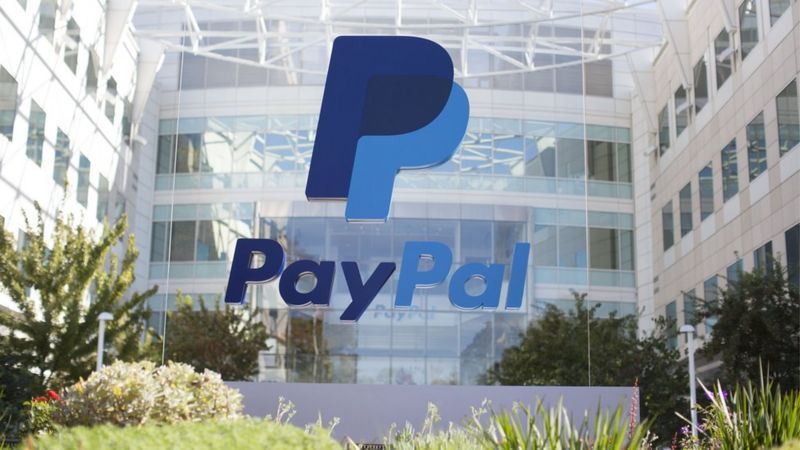 PayPal has entered the cryptocurrency market, announcing that its customers will be able to buy and sell Bitcoin and other virtual currencies using their PayPal accounts.

Those virtual coins could then be used to buy things from the 26 million sellers which accept PayPal, it said.

PayPal plans to roll out buying options in the US over the next few weeks, with the full rollout due early next year.

The other cryptocurrencies to be added first will be Ethereum, Litecoin, and Bitcoin Cash (a spin-off from Bitcoin).

All could be stored “directly within the PayPal digital wallet”, the company said.

Cryptocurrencies have remained a niche payment method, partly down to the rapid change in prices they can experience compared with traditional state-backed currencies. That has made them popular among some types of investors.

PayPal said it was aiming “to increase consumer understanding and adoption of cryptocurrency”.

“As part of this offering, PayPal will provide account holders with educational content to help them understand the cryptocurrency ecosystem,” it said.

But David Gerard, author of Attack of the 50 Foot Blockchain and the forthcoming Libra Shrugged: How Facebook Tried to Take Over the Money, said PayPal was describing “a crypto day-trading market”.

“I’m at a loss as to who the market is for PayPal as a crypto-exchange,” he said.

He likened it to playing the stock market, but with Bitcoin – whose volatile and less well-regulated nature was like “gambling on penny stocks”.

“Have a flutter, drop $10 on it, you’ll learn things you wouldn’t learn any other way – but you are gambling,” he warned.

He said there were “a lot of big players who manipulate the price”, and ordinary people risked losing their money.

“I don’t expect much of a market for this beyond existing crypto holders… I’m baffled that PayPal would offer this, and it’s not clear what they’re trying to do here,” he said.

“There must be someone at PayPal who is very interested in cryptocurrencies,” he added.

Other payment firms, such as Square’s Cash app and Revolut, have already offered cryptocurrencies for sale. But PayPal has one of the largest merchant networks in the world.

When it comes to using the virtual coins, PayPal will convert the cryptocurrency into the relevant national currency, so the company being paid will never receive the virtual coins – just the correct amount of pounds or dollars.

PayPal said the system meant there would be “certainty of value and no incremental fees”.

But using Bitcoin to pay at ordinary merchants is not due to launch until “early 2021”.

Cryptocurrencies’ volatile prices – along with their historical use as a less traceable payment method for illegal purposes – have led to numerous calls for them to be regulated.

PayPal has been granted permission for its operation from the New York State Department of Financial Services, in the form of a conditional “Bitlicence” – the first such licence granted.

To begin with, the service will work with an existing cryptocurrency provider in the US, the Paxos Trust Company.

But it is not PayPal’s first venture into the area.

The firm was once a partner in Facebook’s digital currency Libra, but became the first to pull out of the alliance, just a few months after it was announced.

The scheme was controversial, attracting attention from financial regulators in several countries.

Earlier this year, Facebook was reported to be “rethinking” the idea amid the resistance.