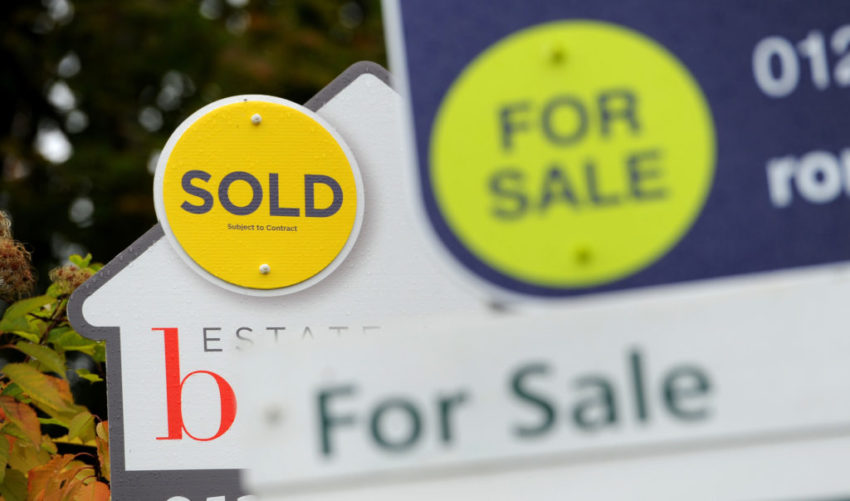 The property market has bounced back from a freeze over the coronavirus peak thanks to a build-up in demand and homeowners realising the shortcomings of their properties while cooped up during lockdown.

More homes were sold last week than this time last year and buyer demand is 54 per cent stronger than it was before the market was frozen on March 27.

Richard Donnell, director of research at Zoopla, the property portal, said that sales had risen by 137 per cent since the market reopened on May 13.

“The rebound in housing demand is not solely explained by a return of pent-up demand,” he said. “Covid has brought a whole new group of would-be buyers into the housing market. Activity has grown across all pricing levels, but the higher the value of a home, the greater the increase in supply and sales as people look to trade up. New sales in London are lagging as buyers look at commuting and moving to the regions.”

The data was backed by analysis from TwentyCi, a market statistics company, which reported that 24,341 homes were sold subject to contract last week, compared with 22,880 this time a year ago.

Asking prices are 6 per cent above the level this time last year, according to Zoopla. In the week the market was frozen the average asking price was £245,000; in the week it opened last month it was £280,000, according to TwentyCi. Anecdotal evidence suggests, however, that buyers are chipping prices down by 5 to 10 per cent.

Deals agreed have been particularly strong at the top end of the market. Those priced at more than £1 million have doubled in the past week to 664, compared with 494 a year ago. However, the largest number of sales last week — 8,956 properties sold subject to contract, compared with 7,744 this time last year — was for homes valued between £250,000 and £500,000.

Lucian Cook, director of research at Savills, estate agency, says: “That resurgence in sales at the top end tallies with our own numbers, Savills sales rose by 108 per cent last week and were particularly across the home counties where they went up by 148 per cent. This is a rebound far beyond what we expected.”

Mr Donnell sounded a note of caution, however. “The charts are off the scale but I do think this is a one-off surge in demand, a temporary jump,” he said. “No one truly knows what the economic impact [of Covid-19] is going to be. The housing market is purely an extension of the economy and I am very cautious about the second half of the year.”

One of Britain’s biggest housebuilders has said that sales will be “severely constrained” until the lockdown is lifted. Bellway has reported a 69 per cent drop in its weekly net reservation rate between March 23, when the lockdown started, and the end of last month.

The Centre for Economic and Business Research revised its house price forecast up from a fall of 13 per cent this year to one of 8.7 per cent.

Analysts have said the government’s furlough scheme and mortgage holidays are “softening the blow”. When they end it is feared that the market will be hit by unemployment and affordability concerns, leading homeowners to sell and driving prices down.