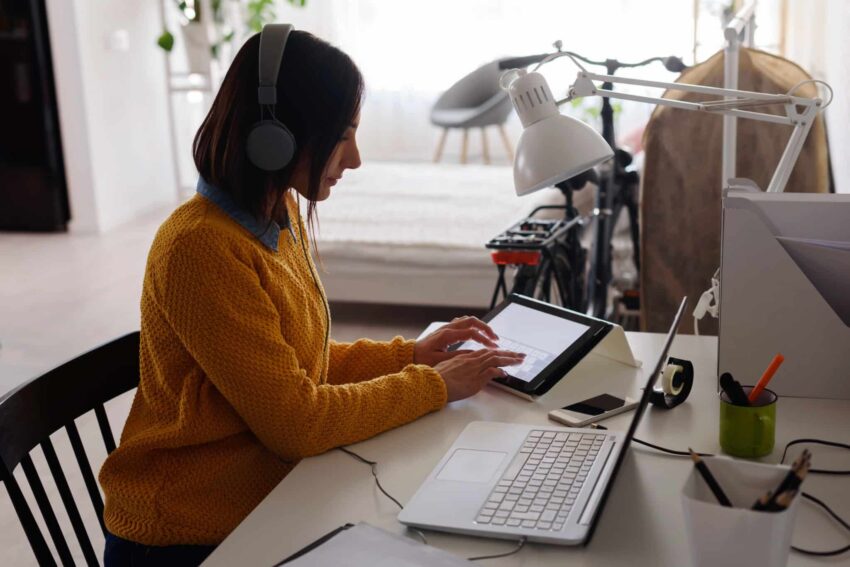 Boris Johnson appears to be at odds with his government as he reiterates there are “significant benefits” to working from the office despite his government pressing ahead with plans to strengthen employees’ rights to stay at home if they wish.

The prime minister has expressed his determination that office life, and in particular city centres, will return closer to normal once the threat of coronavirus recedes. But parts of the government are working on ways to give people new freedoms to set their own working patterns.

The government will launch a consultation later this year on how to improve existing rights for people to request flexible working from their employers.

The plans will consider ways to ensure that people who have moved to a hybrid of home and office working during the pandemic will be able to maintain that pattern.

At present employees can formally ask for changes to their working patterns, including the place in which work takes place, and their employer must deal with the request in a “reasonable manner” and make a decision within three months.

The consultation, overseen by the Department for Business, Energy and Industrial Strategy, will examine ways to strengthen those rights, making it much harder for companies to refuse requests from their workers.

“What we’re consulting on is making flexible working a default option unless there is a good reason not to,” the prime minister’s official spokesman said.

The spokesman reiterated Johnson’s view that there were advantages to the pre-Covid model. “There are significant benefits to be gained from working in the office,” he said. “That remains the prime minister’s view.”

In February the prime minister expressed scepticism about a significant change to city life. “I don’t believe this is going to mean a fundamental change to the way our life in our big cities really works,” he said. “The better remote communication gets and the more people can see each other and talk on mobile devices . . . the more actually they want to see each other face to face.”

Although the consultation will begin later this year, legislation is far from imminent. An employment bill, intended as the vehicle for changes to the working from home rules, was included in the Queen’s Speech in 2019 but never brought forward. It was excluded from this year’s Queen’s Speech because ministers wanted to wait for the worst of the Covid crisis to have passed before investigating where working patterns had settled.

In April Business Matters reported that the government had set up a flexible working taskforce involving businesses and trade unions to seek advice on how to make the changes to working habits during the pandemic permanent.

Speaking about the plans, former government advisor, Richard Alvin said: “I raised the topic of flexible and home working during my period as an advisor to David Cameron’s government. Whilst i am willing to accept that this was very forward thinking at the time and felt to be too innovative and not something that would be embraced, a decade on and by not embracing a flexible working approach  it will be those companies that are out of step now.”

The Confederation of British Industry said that it opposed giving workers an automatic right to work from home. “The default must remain that businesses control where work is done. While they will need to talk with workers about this, accommodate flexibility where they can and explain these decisions, it can’t be unduly onerous to do so,” Matthew Percival, director of people and skills, said. “That’s why a ‘right to request’ approach is the right one.”