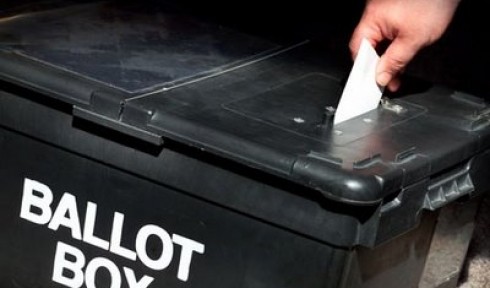 Despite his warm and affable exterior, Nick Clegg is more dangerous than you might imagine. This election has forced us to think about a party that had languished in the polls for decades.

The complexities of an incumbent government of incompetence combined with an opposition that has not been wholly convincing alongside live TV debates that offered a glimmer of hope. The Lib Dems have shifted the balance of power. But not in a good way.

Clegg is somewhere in between a belligerent schoolboy whining that “it’s not fair” to a preacher of a new order of brainwashers who advocate that you “should not let people tell you how things should be”. I’m sorry. This has gone too far. Life isn’t fair.

To ask those who work hard to pay even more of their hard earned cash to subsidise those who don’t or won’t work isn’t fair either. As for not being told what to do? What on earth does Mr Clegg think he will be doing if he did actually take power? That’s what government does. It sets laws and raises money. By telling you what to do. His bleating about electoral reform is void of substance.
Proportional representation is as unfair as any other system. Put simply, it hands power to the minority parties. They can block laws and reform and ultimately leave a nation moribund at a time when decisive action is required. If you believe in “fair” as a concept then that is about as unfair as it gets.

Mr Brown and his team have gone into meltdown. Precipitated by “bigotgate”, it’s now publicly acceptable to admit that the experiment with “new” Labour was a bad one. Leopards do not change their spots.

Tax and spend is what they always wanted to do and that’s exactly what they have done. It took a while for the sheen of Blair to wash off. When he returned to the campaign trail as bronzed as a mahogany sideboard with millions in the bank, so the image of a man who drove into Downing Street in a Ford Galaxy has been well and truly exposed. Blair and his team were only interested in gaining the trappings of power for their own personal benefit.

It is time for the hectoring to end. The endless tide of legislation to be stemmed and a raft of irritating politicians to be consigned to the history books. Yvette Cooper and her inability to let anyone else speak in her presence, Harriet Harperson and her equality rants, Ed Balls and his ludicrous utterances and please, goodbye to Alan Johnson, the home secretary who cannot string a sentence together.

Whilst we are at it, the unelected Peter Mandelson who at great cost to the public purse has remained in office and power for far too long. He should be removed from our lives. Surgically. All of them should go and go now before we have a Greece on our hands.

As for Mr Cameron, he has upped his game. I don’t think he assumes he has a right to power. I’m not sure he has all the answers either. Yet he and his team have demonstrated considerable leadership. Changing the Conservatives from a bickering mass of jam making blue rinsers to a political force that represents a nation uneasy with itself. We are uneasy with the mass of debt we have to pay back.

We are uneasy about the massive cost of our public servants and the services they provide and we are uneasy about the level of immigration and social disorder. Similarly we are uneasy about what lies ahead, since pain is never something you elect to undertake unless you think it will make you better.
Ultimately, as business people, it’s your job to look at the three parties and decide from that perspective what is best for our nation. Sadly we do not have the public funds or strength of reserves to invoke a government led return to fortune. The cupboard is bare and the only way we will be able to pay off our debts is to encourage and stimulate economic growth.

Gordon Brown thinks he can do that by continuing to borrow at a massive cost to the nation. It didn’t work in the private sector and it won’t work at government level either. The dependence upon the state is at such a level that it has become an industry in itself.

The person who creates a mess is rarely the one to sort it out. As a child I often made a mess. On the few occasions I cleared it up myself someone (my mum normally) had to come along and finish the job. Far better to send the offending party to the naughty step whilst someone else makes amends. The national insurance rise is probably the most insidious of all the measures Brown proposes. The tools to jump start the economy have been lost somewhere. The tank is out of petrol and the cabinet out of ideas.

Nick Clegg talks of new jobs in green and renewable energies. His contempt for banks and bankers is as stupid as it is wrong. Whilst of course some in the industry made some dreadful mistakes, to throw away the nation’s best and most productive industry by encouraging banks to leave our shores is naïve. It’s also a sure way to ensure that we never repay our debts or return to prosperity.

The UK has a diverse economy. Contrary to popular belief we do make things. We have ideas and highly intelligent people. These firms and individuals need to be encouraged and incentivised. By publishing salaries and making public what should be private alongside a raft of tax measures which will disincentivise hard work, the Lib Dems will consign the UK economy to the equivalent of the Conference League.
When combined with their isolationist, anti American foreign policies and their hopeless military proposals, this is not a country I would like to live in. We would become a backwater with no prospects.
Mr Cameron is the only politician to say that our future rests with small businesses, enterprise and expanding the economy through the private sector. It will take time. The road will be difficult and rocky. Yet the only way for us to gain some traction is by encouraging wealth creation at a national and individual level.
It does not mean that we cut all public services yet an understanding of the difference between “want” and “need” should be established. I still think their stance on our financial services industries are misguided but perhaps that is due to the public perception that has been wrongly, in my view, generated. Whilst I remain unconvinced at David Cameron and in particular George Osborne, they do seem to offer the best route to economic recovery.
It’s that recovery that is key. Without it we will simply not be able to afford any of the services, pensions and infrastructure that we need and want. So after all the electioneering we face the same question. Who will be least bad at leading us out of this unfathomable mess?

So. To my final “Badometer” before the election: