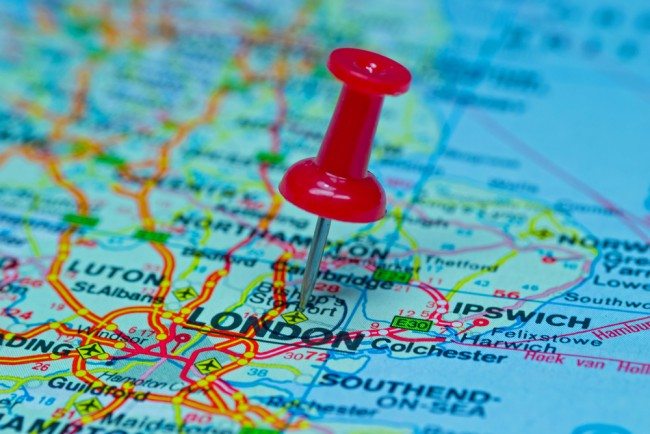 For the first time, London’s technology startups received in excess of over half a billion dollars in VC funding in a single quarter (January-March). This combined with its incredible infrastructure, rich supplies of raw talent and innovative business ideas makes London a very inviting startup destination.

Having said this, London may not always remain the prime destination for technology startups and future investment. Priorities may change as there appears to be increasing popularity and interest in other up and coming cities.

In recent years, both Berlin and Amsterdam in particular have acquired increasing startup interest for several reasons. They are innovative cities which easily adapt to new developments, they want to continue to strengthen their startup ecosystems which makes it very attractive for new business. Both cities are open to international companies that want to set up as it leads to innovation and creates jobs.

European Startups to watch out for:

Launched and founded in 2011, TransferWise is a company which aims to disrupt the banking system through the method of avoiding foreign exchange fees; making international money transfers less expensive. It operates through a clever system; instead of transferring the sender’s money directly to the recipient, it is redirected to the recipient of an equivalent transfer going in the opposite direction which keeps the money domestic rather than international resulting in no international fees.

Four years on and that startup has transferred more than £3 billion to date and proudly states that its customers have saved more than £135m in fees. There is genuine belief that the company can make a real impact and improve the money transferring system for the better. This has been shown by several rounds of investment (£61 million to date) including an investment of around £16 million by Sir Richard Branson. TransferWise has a future plan of expanding internationally, creating new offices in the USA, Germany and Australia. Furthermore it wants to create more ‘currency routes’ – the currencies through which it is possible to transfer money which currently stands at 292 but it expected to double by 2016.

Zalando is a multinational e-commerce startup specialised in selling shoes, clothing, and other fashion and lifestyle products online.

In 2008, the online retailer started as no more than an online platform offering a varied range of shoes, from carefully chosen brands .Seven years on and the German giant now employs over 5,000 people and has reached a staggering €2.2 billion in turnover in 2014 – up by more than 25% from 2013. Nowadays, Zalando offers much more than just shoes and has expanded into several other fashion categories including; clothing, sportswear, accessories and private labels.

Considered Europe’s largest and most popular fashion platform, Zalando now has over 13.5 million customers spreading across 15 countries. Last year Zalando had its first IPO (Initial Price offering) which estimated the value of the company around €5.3 billion.The future is bright for Zalando as it plans to invest within its mobile app in order to enhance the mobile experience as well as creating a seamless multi-channel shopping experience.

The Amsterdam-based online travel company offers its customers a selection of unique experiences and inspiring holiday destinations each and everyday.

Since its creation in April 2010, TravelBird has dealt with over 2.5 million bookings and is currently sending 12,000 travellers all across the World. The company is growing fast both in terms of sales and employee size. Over the last year, TravelBird says it has grown its staff from 170 in January 2014 to well over 650 today and expanded into new markets from 8 to 17 countries reaching a turnover generation of €95 million.

TravelBird recently received €16.5 million in investment from Rocket Interest subsidiary Global Founders Capital. Travelbird aims to use the investment to improve its mobile experience by improving on all touch points of the customer journey. Furthermore, Rocket Internet will aid TravelBird in achieving its other ambition of expanding its international plans by enhancing its role within the international travel market. In particular, it highlights Australia as its first non-European Country.