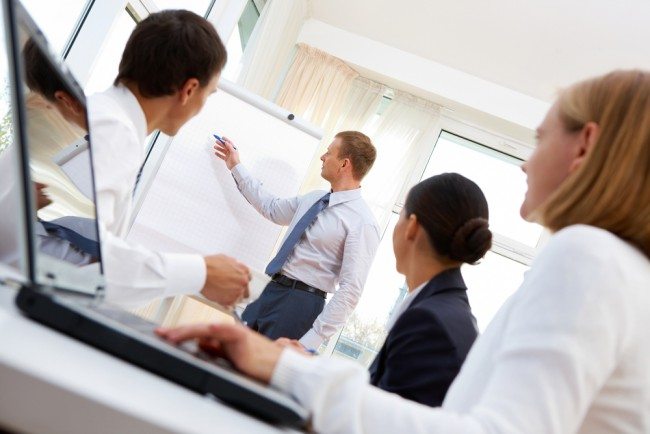 Scottish start-up Create eLearning is hoping to change the pattern of employees losing their jobs as a result of poor training by introducing a software platform that allows training programmes to be condensed and distributed around an organisation.

Create eLearning, which is based at Entrepreneurial Spark in Glasgow, has picked up dozens of clients in Europe and the US since it started selling in earnest at the end of last year, and firms typically save between 35 per cent and 60 per cent on their training. And with 40 per cent of staff who receive poor or no training leaving a firm within a year, bringing in a comprehensive training programme accessible to all staff can also save money on recruitment and re-training costs, and by avoiding downtime while roles lie vacant.

Create eLearning was set up by serial entrepreneur Mark Taggart with £300,000 of seed capital after he sold his previous business, Patient-Reminders, to US firm Cenduit in 2013. He realised that huge savings could be made by dropping expensive face-to-face classes and putting training resources onto computers, tablets and smartphones which are more likely to be used and can be referred back to.

Mr Taggart said: “Companies can spend millions on training courses that are seen as a jolly or weekend away, but information is actually absorbed better in bite sized chunks.

“I’ve spent more than ten years working with tech start-ups and helping them grow, including my own firm, and I always noticed the need for an efficient training platform. That’s why I set up Create eLearning, and why I’m not surprised by how fast we’ve been gaining customers.”

Mr Taggart believes his firm will eventually become one of the leading workplace training providers in the world. It is on track to translate its platform into 20 of the world’s most popular languages by the end of the year.

Create eLearning has also just launched a new offline-compatible version of its platform, which means that courses can be pre-loaded for learning to be done while traveling, or out in the field  without wifi access.