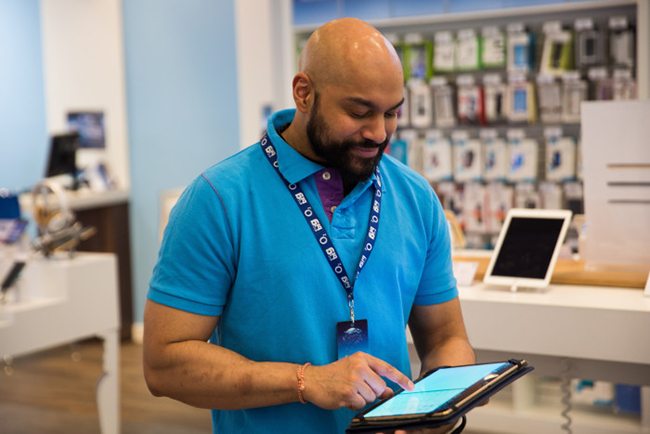 Qudini, a cloud based digital queue and appointment management system, allows companies to better manage their customers’ journey through stores, by providing them with accurate information and personalised updates about their waiting experience using SMS communication, paper ticketing and digital display interfaces.

The virtual waiting list and reservation app, which is already in use across O2’s 270 stores in the United Kingdom, will be rolled out in the restyling of the Movistar stores in Spain, before launching in Latin America.

Qudini is currently used by House of Fraser as well as a number of famous restaurant brands such as Honest Burgers, Bodeans, The Diner Bills restaurants and others. A growing number of retailers, banks and local government authorities have also expressed an interest in the software.

The growth of Qudini has been remarkable given that the business was only established in 2012 when the founders were accepted into the Wayra UK programme; the youngest team to gain admission into the Telefonica accelerator.

The founders themselves, Imogen Wethered, 23, and Fraser Hardy, 26, first crossed paths at an O2 sponsored Hackathon in March 2012 and from there, came up with the idea of solving queuing using mobile technology.

After winning the Hackathon and sponsorship from a Telefonica subsidiary (BlueVia), they were encouraged to apply for the first London Wayra cohort. After receiving training and mentorship within Wayra, Qudini left 9 months later (March 2013) with a business plan and SEIS investment of £150K.

Since implementing Qudini across their stores, O2 UK have found that, with Qudini in use, their customers were much happier to wait for service. As a result, some stores saw a 15 per cent reduction in the number of customers walking out.

The deal will allow Qudini to grow their team and further their international expansion.

Imogen Wethered, co-founder, Qudini, said: “We’re delighted to be taking our work with Telefónica international. We’ve worked hard in the UK to create a solution to Britain’s queuing problems and customer experience challenges and it’s fantastic to now to be taking this across to the rest of the world. We’re always so proud of the significant financial benefits that Qudini has created for retailers by simply providing their customers with a better waiting experience. We look forward to proving this abroad”

Javier Castro, Global Channels Director, said: “We are delighted to have Qudini onboard to help us strengthen the relationship we have with our global customer base.

The great thing about a company like Qudini is that the simplicity of their idea creates real benefit for the end user and builds good sentiment between businesses and their customers.

“This deal also highlights the importance of the Wayra Open Future_ network and the effectiveness our accelerator is having in bringing innovation to local economies. Through Wayra Open Future_, the start-ups have the opportunity to test, launch and rollout their product or service, delivering it to the market quickly”.

Gary Stewart, Director at Wayra UK & Wayra UnLtd, said:“This milestone proves that corporates can accelerate start-ups. Our current and previous cohorts are receiving significant investment, with 90% of our businesses still active and scaling fast, either directly or indirectly through Telefonica.

Although these stats are gratifying, we’re still at an early stage of our journey. Corporates have a key role to play in the entrepreneurial ecosystem, and we aim to do our part not only in the UK but throughout the entire world.”