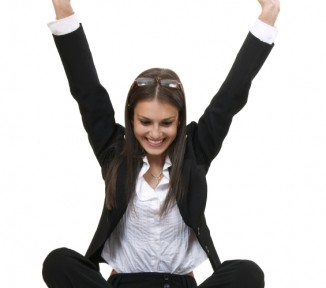 Last month in the UK, we were officially out of the recession, according to The Guardian newspaper, which still contrives to somehow make the story sound negative! Funny how coming out of the recession hasn’t got nearly as much media coverage as when we went into it, isn’t it?

The savvy salespeople and companies right now are getting ready to take advantage of the upturn. Are you really fully prepared and ready?

If not, don’t worry, here are some tips on how to get yourself in the best position and maximise the opportunities that will come your way……

Sales Tip No 4 – Block Out Time For Prospecting

This is something I’m very keen with my clients. I’ve lost count of the times people have said to me oh but Andy, we don’t have time for prospecting/cold calling or I know I should have made some calls today, but things just got in the way.

This is usually because the salesperson has become so busy dealing with their leads that they haven’t had time for prospecting – leading to a lack of leads for the following month – which leads to a lack of sales! So why does this keep happening? Because we let it!

Everyone should block out time for prospecting. It should be the most important thing in your day! The first thing IN your diary, and the last thing OUT of your diary! Too many salespeople don’t prospect because it’s easier to deal with existing customers etc – then they complain when they miss target the following month!

Sales Tip No 5 – Get Motivated

It’s interesting that already this year, how many companies are calling me and asking me to come in and help motivate their sales team. Companies that want to steal a march on their competitors are looking to get better results from their teams – whether it’s an internal team making appointments for field sales, or an external team that the company wants to perform better.

Motivation is an area that’s vital to the success of yourself or your team. It’s not unusual for people that have been on sessions with me to have doubled or tripled their performance, whether that’s in terms of numbers of appointments booked, or in sales they’ve made in the months after the session.

Many organisations make the mistake of assuming their salespeople are already motivated. Yet in my experience, most salespeople generally work between 30-50 percent of their potential.

If you’re a manager or a director, what steps are you taking right now to work on the motivation of your team? If you’re the salesperson, what would it take for you to get and feel more motivated right now? And then go and do it! And don’t say more money. That’s known as commission.