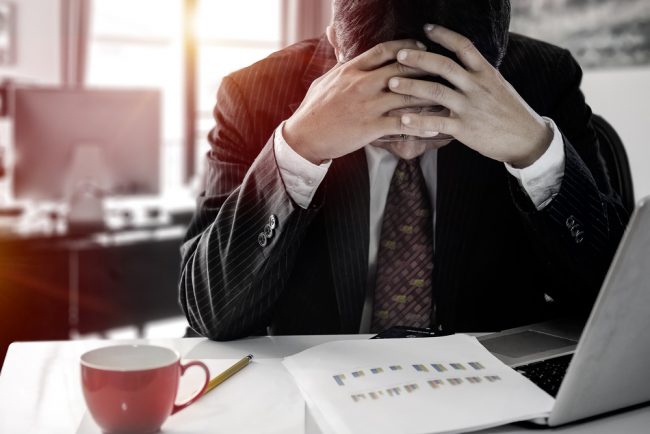 Of SMEs surveyed half stated that they would like the government to pursue a ‘soft Brexit,’ in which the UK retains access to the single market in return for some concessions to the EU. Just 35 per cent said they actively supported a ‘hard Brexit’, while 15 per cent said they were unsure which option they preferred.

Furthermore, just 28 per cent of small business leaders say they feel confident in the government’s ability to protect businesses from the impact of Brexit, with confidence levels lowest in Scotland. 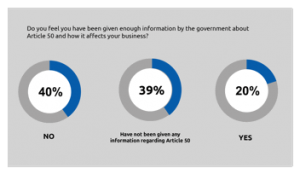 The research also finds the UK’s SMEs dissatisfied with the efforts made by policymakers to keep them informed about Article 50 and what triggering it could mean for their business. A huge 79 per cent  say they don’t feel that they’ve been given enough information or have been given none at all, chiming with wider calls for Theresa May to reveal details of her plans for negotiating with Brussels. 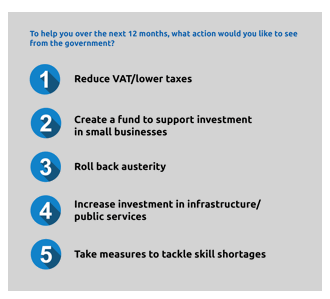 Patrick Gallagher, CEO of CitySprint, commented: “Small businesses are the lifeblood of our economy and have worked hard over the last decade to adapt and weather its economic ups and downs.

Undoubtedly they will rise to whatever challenges lie ahead, but our survey shows that SME leaders are crying out for more support, information and reassurance from the government to help them continue to do what they do best: keeping the country moving.”

With Article 50 still in discussion, the research finds that the full impact of Brexit is yet to hit SMEs – 82 per cent say their business is in the same or better shape than it was a year ago and 75 per cent are more or equally confident about the future of their business than 12 months ago.

However, they have become notably more nervous about the prospect of leaving the EU than they were when a spot check immediately undertaken after the referendum in July: Brexit is now most commonly cited by business leaders as the biggest obstacle to the success, while in July it was in fourth place.

Gallagher continued: “It’s reassuring to know that businesses are yet to feel any serious impact from June’s referendum result, but they must use their concerns about the future as an incentive to work with other companies of a similar size to provide mutual support. Only around one in eight of the SMEs we spoke to planned to increase collaboration in the coming year, which means a huge number are missing out on an important way to protect their operation.”

It’s the impact triggering Article 50 will have on their ability to plan ahead that concerns them most; 31 per cent stated that this was their biggest worry post Article 50 emphasising their desire for transparency on the road towards Brexit. This is followed the risk to customer base and difficulty doing business in international markets.