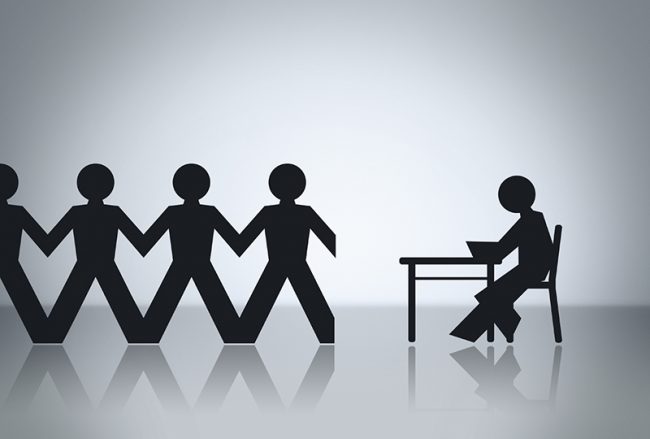 The study, which explored the views of 1,500 candidates and 700 recruiters, revealed that 77.1 per cent of recruitment professionals think that benching is an effective part of their recruitment strategy, with 87.7 per cent stating that they have made use of those they have placed in a talent pool. And this is not a one way street; the survey also found that 63.7 per cent of candidates believe keeping potential employees ‘on the bench’ is useful in case a new job doesn’t work out.

But it’s clear from the findings that recruiters are willing to keep candidates in the lurch for longer, with nearly half believing that it’s acceptable to bench a candidate for over two weeks, compared to just 22.1 per cent of candidates.

Other findings show that the majority of candidates believe that the longest you should leave a recruiter waiting is up to one week, compared with just one fifth of recruiters.

Interestingly, 10.9 per cent of candidates said it’s acceptable to bench a recruiter for over a month, while only 9.1 per cent of recruiters said they’d do the same to candidates.

Lee Biggins, founder and managing director of CV-Library, comments: “It’s clear that recruiters are increasingly using benching as part of their recruitment strategy, which is not entirely surprising.  Many recruitment professionals are under increased pressure to fill positions quickly, and having a pool of talented job hunters to revisit can help to reduce the time and cost of finding the right candidate in the future. This can also work in the favour of job hunters who may then be put forward for another, more relevant, position at a later date, or have a backup plan in case a new role doesn’t work out.

“Most interestingly, our data has revealed that this trend is also becoming increasingly popular amongst job hunters, though very few would leave a recruiter on the back burner for more than two weeks.”

Furthermore, nearly half of recruiters admit to rejecting a candidate in the final stages of the recruitment process and then hiring them later, with 73.6 per cent saying that they do this up to five times a year.

On the other hand, 42 per cent of candidates revealed that they have been turned down for a position in the first instance, before being contacted again at a later date. However, whether this is a strategy that pays off is yet to be seen, as only 13.6 per cent said they got the job as a result.

Biggins concludes: “Keeping each other on the bench is clearly becoming an integral part of both recruiters’ and candidates’ strategies when it comes to filling a position / searching for a new job. Though some may view this negatively, it can be mutually beneficial for each party: opening up the possibility for new opportunities and an increased talent pool. That said it is clear that only a small percentage of candidates are currently getting jobs as a result of being benched.

“Ultimately, whether you’re looking for a talented new recruit or your dream job, the search can be long, but our findings suggest that benching can help you to get one step closer to ensuring you find the perfect fit.”