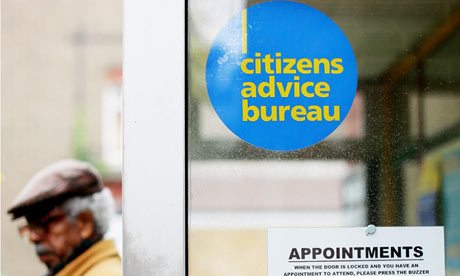 Lord Neuberger, the President of the Supreme Court, also forecast that this would lead to people taking the law into their own hands because they no longer have access to justice.

He told the BBC that the changes – designed to cut the legal aid bill by £350m a year by 2015 – could lead to higher court costs.

I agree wholeheartedly with Lord Neuberger’s concerns. The sad reality of these reforms is that hundreds of thousands of families will be left in a legal wilderness feeling stressed and traumatised because they won’t know which way to turn. – and who to turn to.

I fear that these cruel cuts which deprive the least wealthy and most vulnerable members of our society of free or subsidised advice or representation in key areas – will have disastrous consequences.

The repercussions include more children playing truant from school, a rise in instances of depression causing people to take time off work – and increasing the strain on the NHS budget. I also predict an increase in crime as children’s problems are left unresolved.

When I embarked upon my legal career, there was an ambition within government and the profession to enable everyone to have access to justice. The more vulnerable members of society were supported through legal aid; indeed it was a fundamental part of the legal structure.

Currently a substantial percentage of cases are resolved by the early and skilful intervention of legal expertise – usually a matrimonial lawyer – but cuts in legal aid will put this kind of expert advice out of the reach of many couples.

This change in legal aid provision is, in my view, false economy. I agree with Lord Neuberger that we will see a substantial and sustained increase in people representing themselves, putting a strain on the court system and the Judge’s time – both of which are under siege at the present.

Cases will be delayed as the layperson is likely to be poorly prepared as well as unused to the protocols of family courts.  Adjournments will cause frustration, which may well boil over and exacerbate an already tense and problematic family situation.

Badly prepared Petitions and individuals trying to ‘self help’ will painstakingly swing backwards and forwards to court with little progress being made. Judges will need to dig deeper into financial matters to avoid being unfair and cases will take longer where there are problems of disclosure. Both judges and the parties involved will become frustrated, increasingly intolerant and polarised in their views.

So why has the Government failed so abysmally to count the real financial, emotional and social cost of its legislation?

What are your views on the end of legal aid? Share them with us below or email us here.

One of the UK’s most sought-after divorce lawyers, founder of Jones Myers in 1992, first qualified arbitrator in Leeds and former national chair of Resolution. Peter has experience at the highest level in all aspects of financial disputes and is an expert on issues relating to small family businesses
View all posts

One of the UK’s most sought-after divorce lawyers, founder of Jones Myers in 1992, first qualified arbitrator in Leeds and former national chair of Resolution. Peter has experience at the highest level in all aspects of financial disputes and is an expert on issues relating to small family businesses