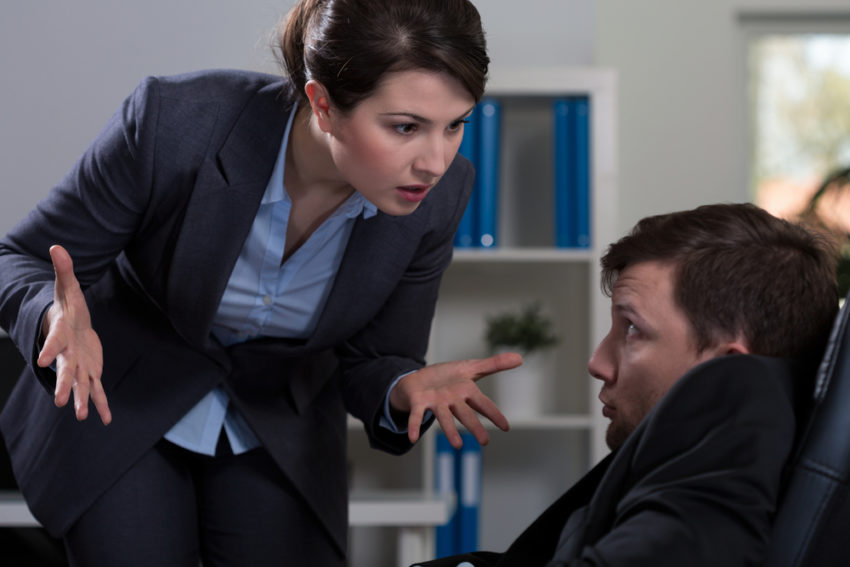 Workplace bullying is most definitely on the increase, not least of all because of the ample opportunities for cyber bullying in our high tech workplaces.

Bullying and harassment are major stressors in the workplace when allowed to get out of hand. There is no doubt that robust procedures and a zero tolerance policy go a long way towards deterring bullies but it is often difficult to pick up the early signs and symptoms. So how does bullying behaviour manifest itself in the workplace and why does one person regard a person’s behaviour as ‘bullying’ and someone else perceives it as ‘just their way’?

Bullying behaviours can include a wide range of both overt and covert actions. It is not unusual, for example, for individuals to complain that their professional competence has been called into question as a result of disparaging remarks or criticism from colleagues or managers, whom they find to be undermining their work.

These attacksmight include such overt actions as a public ‘dressing down’ for alleged work errors, or covert behaviour such as circulating rumours or gossip that appear to question an individual’s ability. This can also include ‘non-action’ – for example, not giving acknowledgement and/or approval for work well done, or failing to ask the opinion of the person who is clearly best qualified to provide that input.

‘Overwork’ can involve the imposition of unrealistic deadlines where people are deliberately ‘set up’ to fail. This may also appear as ‘micro management’, where every dot and comma is checked so often that incompetence is deliberately implied.

How Does Bullying Affect the Individual?

Individuals who are bullied at work often feel they have lost control and, as a result, have ceased to be able to carry out their duties without being threatened. Instead, they live from day-to-day as they fight to regain a position of normality, usually unsuccessfully. After a period, they will tend to become introverted and shy away from contact with others in the workplace. They may be tense, anxious and prone to emotional outbursts and uncooperative. The stress that bullying creates often leads to minor illnesses such as headaches, irritable bowel syndrome and fatigue but if stress is experienced over a prolonged period, then the person concerned may ultimately suffer more serious health problems including ‘burnout’ and a breakdown as a result.

What Should the Organisation do?

It is clearly important that employers recognise the impact that bullying can have on the organisation as a whole, as well as on individual employees. In particular, a robust formal policy and procedure should be in place to deal with bullying or harassment issues as this will positively indicate that the organisation takes the issue seriously, and provide a mechanism for dealing with complaints, both informally and formally. This is a particularly important point should a case of intimidation or harassment against the company or organisation be brought before the courts or an industrial tribunal.

People are often reluctant to discuss their experience of bullying for fear of reprisal or further intimidation.  It may be seen as a ‘black mark’ against them that could damage their career progression. However, a majority of individuals, having suffered bullying, are unwilling to take formal action, and this is no doubt a contributory factor in the high exit rates associated with bullying at work and this could be picked up during an Exit Interview with a simple question of ‘Have you ever been bullied at work?’

Undoubtedly, the most effective workplace bullying intervention is the training of managers to help them recognise the signs and symptoms and ensure the fast and effective resolution of disputes between their staff. Quite often, managers do nothing simply because they do not know what to do and merely hope that the problem will go away.  They feel out of their depth not having been trained in the correct procedure to take.

Most victims of bullying have two main aims – to keep their job and for the situation to return to ‘normal’. These apparently simple goals can get lost in the distractions of defensive positioning regarding possible legal claims and worries about future actions to remedy the situation.

Bullying is unacceptable in the modern workplace, and an organisation’s action (or inaction) in relation to bullying will often be judged by its staff – with inaction being seen as condoning bullying at work.  Generally speaking, people do not want to work for a company that has a reputation for bullying behaviour.

Workplace harassment and bullying is on the increase.  A tough economic climate certainly has an impact on management behaviour and this in turn can lead to increased stress levels throughout the organisation.  As companies downsize, they are looking to achieve higher sales and increased productivity from every employee, and very often in an attempt to survive the economic downturn, inappropriate tactics are employed.

Managers working remotely are not necessarily able to keep an eye on what is going on in the office.   They are caught up with their own challenges and often miss the first signs of bullying behaviour. When they finally realise there is a problem, it is often too late to retrieve the situation and a serious consequence of inaction crystallises such as a resignation or a serious health problem, and a consequent legal claim for compensation.

Bullies are notoriously known to conduct their bullying behaviour behind closed doors but those who conduct it in front of others, leave behind a wake of fear not only with their target but also with those who witness it.  Fear is a key factor in this scenario and very often, managers persuade themselves to ignore rather than confront the problem. Bullies will invariably choose the person who has little confidence but it should not be forgotten that they will also often try to victimise the person who is popular and therefore seen as a threat to them.

Whatever the reason, workplace bullying is pernicious behaviour that is usually insidious and which needs to be stamped out the moment it is identified or reported. The whole organisation from the boardroom downwards needs to stand behind the policy to demonstrate unequivocally that they will not accept such behaviour.

Carole is the CEO of a leading UK stress management and wellbeing consultancy. She is a BBC Guest-broadcaster and author of Show Stress Who’s Boss! Carole is an international Motivational Speaker and is regularly called upon by the national press and media for comment. She is Chair of the International Stress Management Association [UK], founder of Stress Awareness Day, Fellow and Past President of the Professional Speaking Association, London. www.carolespiers.co.uk
View all posts

Carole is the CEO of a leading UK stress management and wellbeing consultancy. She is a BBC Guest-broadcaster and author of Show Stress Who’s Boss! Carole is an international Motivational Speaker and is regularly called upon by the national press and media for comment. She is Chair of the International Stress Management Association [UK], founder of Stress Awareness Day, Fellow and Past President of the Professional Speaking Association, London. www.carolespiers.co.uk