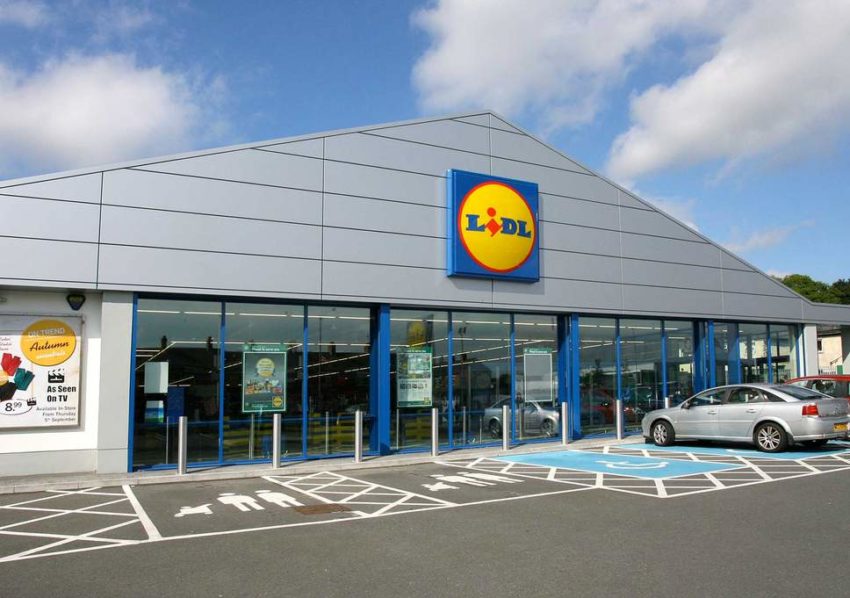 Discount food retailer Lidl has come under fire for an aggressive expansion plan that has left local businesses struggling to find new premises.

Those affected include a family-run engineering firm in Fareham, Hampshire, which has manufactured parts for the French Ariane space project. The company claims eviction from its factory premises will cost it £100,000. Lidl and its fellow German operator Aldi have already opened hundreds of new stores across the country as the battle for customers intensifies. Together they have plans to open at least 350 more premises in the next four years. The pair are challenging the dominance of Britain’s biggest retailers – Tesco, Sainsbury’s, Morrisons and Asda – by offering cheaper goods in no-frills retail outlets. One site recently agreed for use by Lidl is the home of Truro City Football Club in Cornwall. Meanwhile, a proposal for a new Lidl store in Stirchley, West Midlands, has met with opposition from locals who are objecting to the planned demolition of a family-run bowling alley. A £5million project proposed by Lidl in Ashfield, Nottinghamshire, was rejected earlier this month on the grounds that it would ‘have an adverse effect on local businesses’ and that it will not deliver any economic or environmental benefits. Critics of Lidl’s store plan in Fareham say it will result in the loss of almost 70 jobs at Speedfields Park. Gary Searl is managing director at GMS Design – a precision engineering firm that was involved in the Ariane project. ‘I can’t use the words to describe how I feel, but let’s just say I am not very happy,’ he said. ‘To move all of my machines, recalibrate them and requalify parts is going to cost me £100,000 out of my own pocket.’ Kevin Arrowsmith, at the nearby A&S Signs & Graphics in the same business park, said it has been ‘exhausting’ to oppose what he described as Lidl’s ‘aggressive expansion programme’. But he said he will continue to fight Fareham Borough Council’s decision to allow Lidl to move in. He met Caroline Dinenage, the MP for Gosport and a junior Minister, on Friday. Speaking to Business Matters about the action Arrowsmith added: “This week I received ‘The Parliamentary Review for Manufacturing & Services’. Theresa May states in it, ‘Years of hard work and sacrifice from the British People have got our deficit down by three quarters. We have a modern industrial strategy’. The GMB Union states in it ‘ That 600,000 manufacturing jobs had been lost over the last decade’. The reality of our sacrifices and hard work in creating and building these UK manufacturing & engineering firms & jobs through all the hard times, is to have them evicted and closed down by this government and Conservative council to create just one full time retail job. The council will receive a Section 106 windfall from Lidl’s  for giving them permission to evict us all. We are proud British Manufacturing business owners, but ashamed of our government and council in sanctioning the eviction and closure of our successful businesses, in which it appears to be a manipulation of short term job creation figures in claiming Lidl’s are creating jobs but neglecting to mention the greater number of skilled UK manufacturing jobs lost in Lidl’s aggressive UK expansion plan.