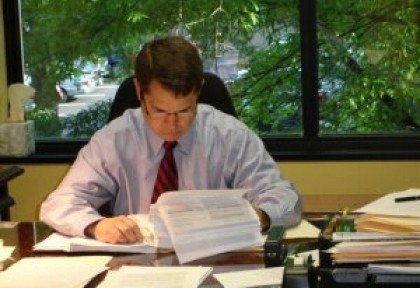 The findings also show a clear gender split with men more likely to be putting in the extra hours. Over two thirds of men (66 per cent) stated they are working over the recommended 48 hour week.

More than a third (37 per cent) of the 4000 survey respondents are putting in extra hours to cope with growing workloads. Colleagues being made redundant (41 per cent) and a renewed focus by companies on improving customer service (35 per cent) were cited as the top two reasons for this. However, over 40 per cent also cited that this situation was being exacerbated by time being wasted in the work place because staff are not equipped with the right tools to do the job.

“These findings reflect the length that employees are willing to go to, to keep Britain’s economy afloat, said Bill Murphy, managing director, BT Business “Employers should look to match these efforts by equipping staff with what they need to become more efficient. Financial incentives may not be an option, but companies should consider how working practices can eliminate wasted time and boost productivity. Using technology to support practices such as flexible working can help companies strip out the fat as well as helping their staff become more efficient with a better work life balance”

The research also revealed a drastic change in the office atmosphere with 37 per cent of workers stating there is less laughter in the workplace compared to over a year ago and greater pressure on staff to perform. Nearly half of respondents (43 per cent) believe that the offer of flexitime would help to create a better working experience. Flexible working including the option to work from home and improved technology (33 per cent) also equally factored highly in people’s aspirations on how they’d like their workplace to change.

Workers showed a clear willingness to go that extra mile to impress the boss. Almost half (43 per cent) respondents admit to being motivated to work harder to keep their jobs, with 60 per cent feeling very lucky to have a job. Over a third (34 per cent) of those surveyed admit to turning up earlier for work and a similar number (39 per cent) admit they are being more proactive and have generally pulled up their socks to keep in the bosses good books.

Other key findings from the research included:

Most people said that their management had offered changes to staff. 18 per cent were in companies that had offered part-time work, one in 10 had been offered sabbaticals or asked to work for free for a period of time, and nearly a third had been asked to change job description