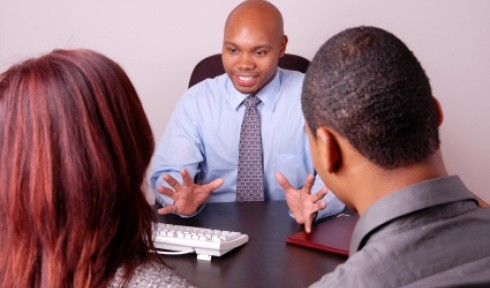 This post was inspired by a business contact asking me “Andy, what impact do you think that luck has on the sales process, or the salesperson themselves?”
I thought that was a great question, and it deserved longer than just a quick reply – so I’ve put my thoughts below for everyone else to see as well.
How Lucky are Sales?
In my opinion, Very little. Here’s an example. This year, in the first hour, of the first working  day we received an email from a new client, saying that they wished to go ahead with a substantial piece of work. This occurred without any phone calls from us this year, or any contact, or anything!
Let’s explore the circumstances behind that ‘luck’…
The new client had contacted us looking for someone to speak at their company events and train their sales team.  Their approach to us started in the middle of last year.  They came to see me speak at a large conference, and then train a smaller group of people twice.
They then had to get budget approved for the whole programme, and sent us the email on the first working day, once budget had been approved.
So How Can YOU Get That Kind Of ‘Luck’
In this content, I like to describe what other people call ‘luck’ as  ‘R.O.P.E’ – which stands for Return-On-Previous-Efforts.
In sales, effort usually comes before results in most cases.  In other words, you have to do the activity first, before you can reap the rewards later.
THE WORST thing that you can do is to stop doing those activities, seeing them as ‘pointless’ or ‘not the best use of my time’ – because then you’re not going to get the rewards that would come from those activities later!  This is a common trap that most people fall into.  And the longer the sales process is in your organisation, the bigger the gap between your efforts and your results – make sure you don’t give up too soon!
Remember – Sometimes In Sales, You Have To Deal With ‘Jealousy’
In sales, sometimes you have to deal with other people’s jealousy.
It could be the jealousy of another member of your sales team that’s annoyed because you got a piece of business in, and they didn’t.  It could be the jealousy of a ‘non-sales’ member of staff that knows you’re on commission, and they’re not.  Or it could even be jealousy from a family member or friend that knows you’re going to earn more than them.
Whoever it is that may be jealous of your success, you need to come to terms with the fact that it’s not necessarily about you, it’s just something that’s reminded them that they’re not performing as well as they could be in some area – and that’s the thing that’s causing them to act in that way, not you.
So, Can ‘Luck’ Have ANY Impact?
I think there are certain occasions when you can be fortunate.  For example when a competitor does something that rules them out of the sales process.  Not sending an email for example, turning up late for their appointment, or delivering an awful presentation.
When it’s something that someone else doesn’t (or doesn’t do) then I can see the argument for that not being solely down to your indivdual efforts.  However, I do think there’s some truth in the argument that because you’ve done things well in the process so far, it’s made it easier for the potential new client to remove your competitor from the process!
Now get out there and start doing some new business activity, so In a few months you can look back and smile as you start getting the Return-On-Previous-Efforts!!