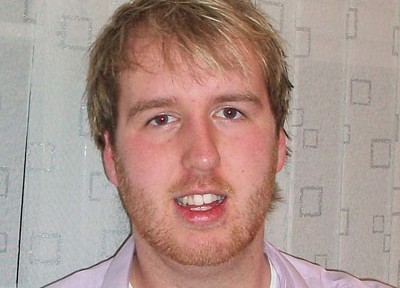 What do you currently do?
I currently run Universal Fuels which I founded in 2009 and has been growing at a fantastic rate ever since. We’ve just received £200,000 in investment to support our growth. Half that was raised via the equity-based crowdfunding platform, Crowdcube, and half via the bank.

Universal supplies petrol, diesel and heating oil across the country to petrol stations, homes, transport companies and a range of SMEs. We’re currently working on expanding into other sectors of the energy industry.

I’m also involved in another venture, an exciting new recruitment platform due to launch later this year.

What is your inspiration in business?
Enjoyment. I love what I do and being as competitive as I am, I want to be the best. I look at the whole business world as a giant, complicated, game of monopoly and my aim is to win. I’m still very young but at the moment I can’t ever foresee myself wanting to retire.

Who do you admire?
Many people in different ways, but if I had to choose one person I’d say Elon Musk, the man behind Space X, Solar city, PayPal and Tesla Motors.

For so many reasons he’s on a different plain, alongside, or above, Bill Gates and Steve Jobs in my opinion. I seriously recommend looking him up, Bloomberg recently did a great documentary on him.

Looking back, are there things you would have done differently?
I have no regrets. I think with the limited resources I had available I grew Universal Fuels as safely and as quickly as possible. With hindsight there are a few small things I would have tweaked but nothing major: so far so good.

What defines your way of doing business?
Probably keeping a calm and clear head, especially in high paced or grim looking situations. Too often I’ve seen people on both sides of the table get angry or emotional, which however justified can only make things worse. I also work on the view that, a deal’s a deal, for better or worse. Above all, I’m always surprised at the lack of common sense involved in the way many people and companies operate.

What advice would you give to someone just starting out?
Be sure this is what you want to do for the next 20 years, not the next 20 days.
Make sure you fail a few times before you succeed otherwise you can set yourself up for a big fall. Have the confidence to do things your way and not the way the last 1000 people did it.
Ideas, money and information can all be given to you but common sense is something you have to have.