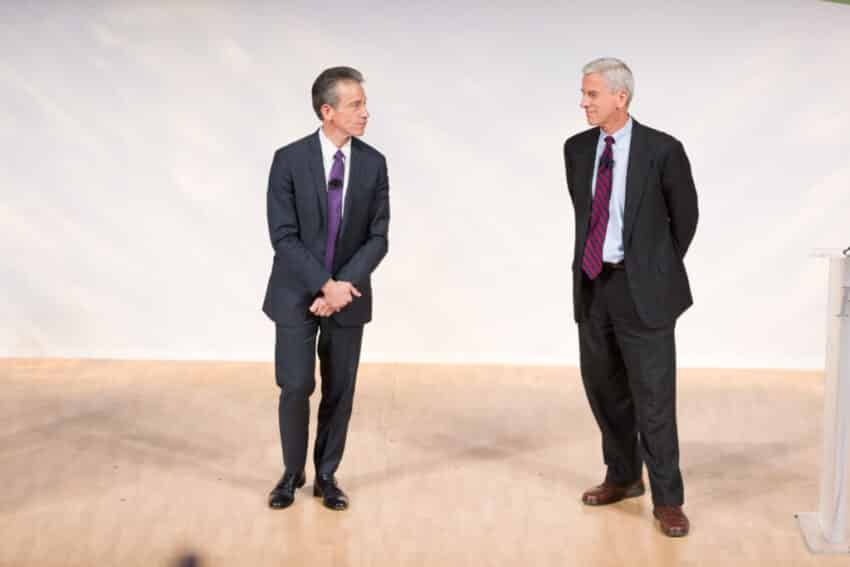 Stewart Kohl is Co-Chief Executive Officer of The Riverside Company, a global private equity firm based in Cleveland, Ohio with offices across North America, Europe and the Asia-Pacific region.

Prior to joining Riverside in 1993, Kohl served as vice president of Citicorp Venture Capital and COO of the National Cooperative Business Association in Washington, D.C

Stewart Kohl is the Founding Chairman of VeloSano, an annual charity cycling event that has raised millions of dollars for research at the Cleveland Clinic Taussig Cancer Institute.

Fortune Magazine recently ran an article entitled: “Does the co-CEO model actually work?” highlighting Salesforce, Nordstrom, and others that have tried this unique leadership structure.  Deutsche Bank, Oracle and other well-known companies have also tried this experiment.  But few companies have maintained a Co-CEO system for as long as The Riverside Company’s co-CEOs Béla Szigethy and Stewart Kohl.

We recently had the opportunity to hear from Stewart Kohl about the advantages of a co-CEO and his unique relationship and partnership with Béla Szigethy.

“I think I’ve been enormously benefited from having this unique partnership with Béla Szigethy, co-chief executive officer and co-chairman of Investment Committee of The Riverside Company.  We have been working together literally almost three decades. Given what we do for a living, when you think about private equity, it’s really all judgment. What we’re thinking about, which companies, and which industries, how much we should pay, who should run it, what should the strategy should be, when should we sell. These are all judgment questions.

The ability to have somebody where I’m perfectly aligned, where we talk about all these issues, sometimes endlessly, until we come to some kind of agreement. Generally, we do. I don’t think it’s a consensus model. In fact, we have kind of an interesting little standard we use when we have talked about something over an extended period of time and still don’t agree, we’ll then pivot and ask ourselves, who knows more about that subject or who cares more about that subject, and if it’s something that he knows more about and cares more about, I’m probably going to go with his answer, logically.

I’m a huge believer, there’s no question in my mind that I’m happier, I’m richer today because of having this partnership, and I believe if we were to ring up Béla now, he would say the same thing, which I think is really interesting, because that’s only possible if you think the world is not zero sum.

At Riverside, if you asked us what are some of our most important cultural touch-points, I think one of them is we’re populated by people who don’t think the world is zero sum, who don’t think that the only way I can get more is if you get less. We figure out, let’s not fight over the percentage of the pie. Let’s make a bigger pie together. I think that’s really been one of our key principles at Riverside. I think all that’s important to the co-CEO model.

I’m not advocating it for every company in every industry. I realize that 50/50 partnerships are fraught with risks and issues. A lot can go wrong along the way. We’ve been incredibly lucky. But in some circumstances, it really can work splendidly. Interestingly, for a variety of reasons, in private equity it’s more common than in just about any other field. In fact, if you look at some of the largest, best-known private equity firms in the world, I’m referring to Carlyle, Blackstone, KKR, Apollo, they were founded by co-CEOs, or in the case of Carlyle, three, and they’ve now dealt with the issue of succession, which I think is an even more interesting phenomenon.”