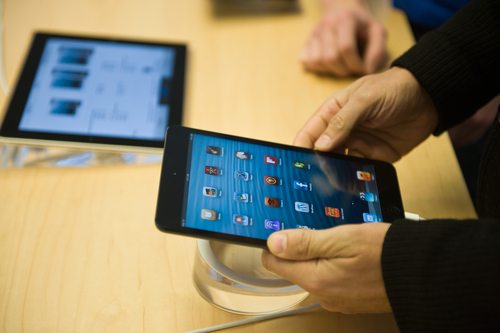 In 2012 Apple won $600 million (£398 million) in damages when a jury found that Samsung devices copied the look and features of the iPhone and iPad. While in June Samsung won a patent case that could block the US import and sale of some older Apple devices.

Qing Wang, of Warwick Business School, and Paurav Shukla, of Glasgow Caledonian University London, have found that consumers actually like similarity and feel more confident in their purchases if products in the market look the same.

Professor Wang, a Professor of Marketing & Innovation, said: “Contrary to what many marketers and managers believe, companies should stop trying to find their USP. In fact we found that the more similar a product’s attributes appear to be to their competitors, the more confident the consumers are with their choice.

“Apple and Samsung may be battling in the courts over patents and copyright infringements, but their customers actually like the fact that their devices have similar attributes.

“Take, for example, a supermarket. The shelves are packed with products that look increasingly similar in terms of packaging colours and size. Brands are promoted with a similar message in a similar way.

“Our research looked to find out if brand similarity has a negative impact overall on consumer decision making and consumer satisfaction as they are required to increase their mental processing and they are prone to confusion – what has been referred to as ‘similarity confusion’.

“But our research found that instead of reducing shoppers’ confidence we unexpectedly discovered that not knowing the difference between brands with similar attributes may result in consumers simply transferring their confidence in one brand to another.”

The study looked at smartphone users in two large cities in the south east of the UK. It specifically chose the technology marketplace because it is crowded and mobile phones tend to have complex features, so consumers will often encounter very similar products in their decision-making and buying process.

The academics interviewed 800 shoppers, of which 316 were chosen to fill in a questionnaire focussed on the constructs of consumer confusion, choice goals and decision.

The findings of the paper, entitled Linking sources of consumer confusion to decision satisfaction and published as lead article in the Psychology and Marketing journal, indicate that not knowing the difference between brands with similar attributes may result in consumers simply transferring their confidence in one brand to another.

“Highlighting similarity between competing products in marketing communication may have a positive effect on consumers’ choice confidence as illustrated in the Samsung-Apple case,” said Professor Wang.

However, evidence from the study indicated that having too many products to choose from, referred to as ‘choice overload’, can have a detrimental effect on the consumer.

“While having lots of choice is initially attractive to consumers as it is more likely to find them the best option, having too many choices demotivates the consumer from making a decision,” said Professor Wang.

“In addition, having too much information to digest or ambiguous information can also put consumers off. While many policymakers continuously ask companies to provide extra information to consumers, the findings suggest that such efforts may be counterproductive, cause confusion in consumers, reduce their overall choice confidence, and increase their anxiety and fear of choosing. Instead, policymakers should insist on information that is clear and relevant.” 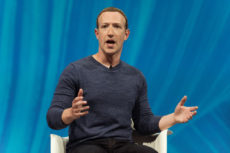