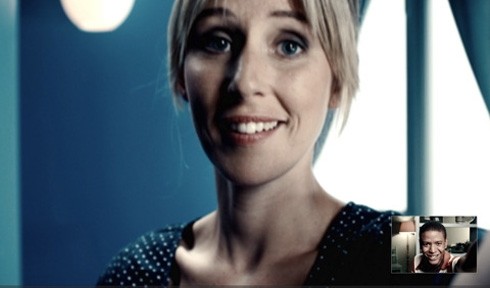 Skype’s first iPad-optimized app boasts a number of key features designed specifically for the iPad taking advantage of the device’s large screen for video calls that deliver up to VGA quality video.
In addition, Skype for iPad lets users connect via video call on the iPad with even more Skype contacts, as it is compatible with a host of other Skype applications, including: Skype for iPhone, Skype for Mac, Skype for Windows PC, Skype for Android, Skype on HDTVs and many more.
Skype for iPad also takes advantage of the iPad’s larger screen with an updated Contacts view, which displays Skype contacts as large avatars in a grid layout. Users can also more easily find and resume recent conversations and calls through an updated history window.
“We’ve heard the demand for Skype video calling on more devices and we are delighted to deliver on this with our new Skype for iPad app.” said Neil Stevens, Skype’s vice president and general manager for product and marketing. “Skype for iPad gives Skype users the best of both worlds for video calling: the large screen and display of a personal computer, but the portability of a mobile phone. We’ve taken advantage of the iPad’s large screen and optimized the user experience along with making it easier than ever to navigate through the new intuitive interface.”
In addition to video calling, Skype for iPad allows users to place and receive Skype-to-Skype voice calls, as well as send IMs and SMS text messages, plus make calls to landlines and mobile phones at Skype’s great calling rates.
Skype for iPad works on iPads updated with the most recent iOS firmware. Two-way video calling is available on the iPad 2. Users of the original iPad are able to receive video during Skype-to-Skype calls. They can still make Skype voice calls and IM with users running Skype on other devices.
The application is available for free download from the iTunes App Store.